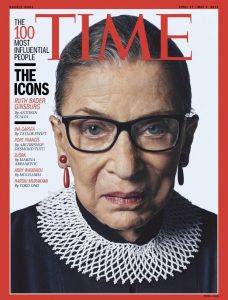 Of course, I do agree with her that rampant age discrimination exists in our country.   It’s been around for as long as I can remember and I’m guilty of it too. I distinctly recall thinking my parents were old when I introduced Thom to them back in the late 1970s. At the time, they were in their early 40’s, and I am now two decades older than them at that introduction. Your perspective clearly changes as you age and until you reach certain milestones yourself, it is tough to relate.

At the same time, I am not the same age as my mother was when she was 61. Even if we compare the same calendar years, her attitude, her health, her enthusiasm (or lack thereof), her relationships and her outlook on life all put her in a dramatically different reality. Demanding that all of us claim that we are old past a certain age, without considering significant life characteristics and conditions doesn’t work for me.   Haven’t we all met people who are “old” in their 20s?

But make no mistake; I’m not into denying my age whatsoever. I freely tell people the number if they ask, but don’t let their definition of that define me. I agree that my body doesn’t look the same as it used to, or that I have all the same physical attributes that I possessed at certain phases of my life. Sure, I’ve had some health issues and am battered and bruised a bit. However, rather than focus on what I have lost, I spend far more time thinking about what I’ve gained instead.

I realize that not everyone who is 61 can claim these blessings. But should I deny all the good in my life to make others feel better? Or is it necessary to throw us all under the same bus just because they don’t apply to everyone?

Another reason I count myself fortunate is that I have a couple of great role models who live and work nearby who have aged in extremely positive ways. My hometown is near Palm Springs, CA in a desert community long considered a retirement haven in Southern California. One of my friends, a successful restaurateur is opening his second local restaurant this fall. He just turned 80 and wears me out trying to keep up with all he and his wife have going on in their lives. My other friends are a couple, aged 93 and 92, who stay active in business, philanthropy, and life. I have never once heard them call themselves old and I surely don’t think of them that way. They demonstrate repeatedly that an advanced age does not make you old.

Of course, like I said earlier, I do believe that ageism is a problem in our culture. Open any magazine and the majority of people you see are young and predominately Anglo. That is until you come to an article about health, certain pharmaceuticals, and/or insurance and they nearly always depict aged people with gray hair and wrinkles. The implication is that older people should focus on health and security, while younger people get to have all the fun.   Rewriting that theme from old age to positive aging is critically needed in my opinion.

The way I see it, we all have two ways to address the ageism prejudice. First, we can require everyone to redefine “old” from the commonly accepted word in use for millennium.   Part of that requirement would ask that everyone over the age of 50 (?) to begin calling themselves “old,” 24/7. And regardless of how you feel, what you do, and the circumstances of your life, you just accept that old is what you are.

The second way to address the issue is to start promoting the idea of positive aging. Positive aging does not deny that aging carries certain liabilities. It does not endorse the idea that we go from middle age to death without any experience in between.   It does not recommend that we act, dress, talk and live as though we are younger than we are. Instead, it fully embraces the good along with the less than desirable of who we are in the present moment, while still staying actively engaged with life as much as possible.

And it matters. As I’ve written about before, what we think about aging affects us on a mental, emotional and physical manner.   Besides impacting our attitude in all sorts of positive ways, a study performed at Yale University by Becca Levy and others reports that people who view positive aging live on average an extra seven and a half years. Yes! You add seven and a half years to your life by holding on to the self-perception that aging is a positive experience rather than a negative one. Which do you choose?

I get it. I know that not everyone is as healthy as they would like to be.   When our bodies don’t perform the way they did when we were younger, we tend to compare them in ways that are usually less than positive. But if we neglect to address all the benefici aspects of aging, we make our existence totally reliant on the condition of our bodies. I happen to believe that our true selves are so much more than just that alone.

Perhaps rather than trying to convince ourselves that it is okay to be old, we should instead spend time focusing on what it means to be vibrantly alive at any age. I don’t think that’s ageist, I think that’s SMART.   Enthusiasm, curiosity, love of learning, eagerness, excitement and positively anticipating the future all add up to a person who is not only aging well, but someone who will likely be alive seven and a half years later.   And while all of us are certainly growing older every single day, I think the SMART choice is to refuse to call yourself old.  Instead, I’m going to start calling myself and others I admire, “well-aged.”