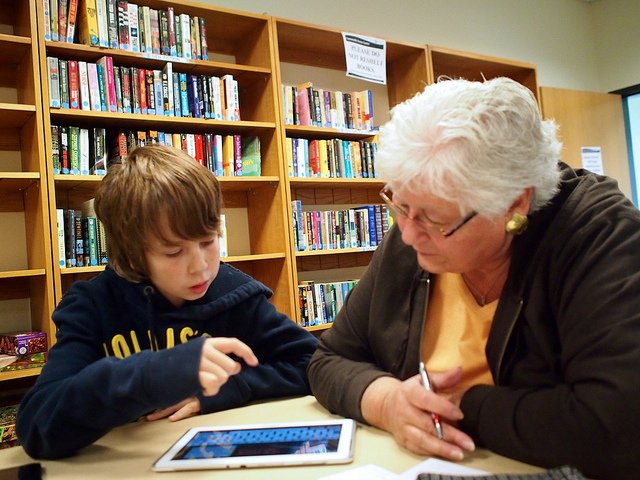 Open any magazine or watch any number of tv commercials and you’ll soon come across an ad that will tempt you with the possibility of looking young and living forever.  Anti-aging products make the promise sound within our reach, while technology and the medical industry are spending billions to make it appear possible.  But is it true?  While none of us wants to admit that we are going to die, how many of us really want to live forever?  That provocative question is raised in a new book titled, How to Live Forever—the Enduring Power of Connecting the Generations by Marc Freedman.  I was so intrigued by the title that I contacted the author and requested a review copy just so I could discover a new way of looking at this age-old question.

I think if most of us are honest we don’t want to live forever.  We may even agree that it is wrong to deny aging and that getting older has more benefits than we originally imagined.  Instead, what none of us want is to lose is our capacity for physically getting around, to enjoy life, or to make our own decisions and choices.  But, up until now, the current solution has been to act as young as possible, exercise like crazy, clean up our eating, and embrace “anti-aging” any way we can.  Freedman offers another way of looking at it. Instead of seeing “aging as playing” or trying to “cheat death,” he suggests that we seek generativity.

Okay, so what is generativity?  This word was first coined by a psychoanalyst named Erik Erickson back in the 1950s.  Yes, whether us baby-boomers are aware of it, the concern about what happens as we age has been pondered for decades.  Back in the mid-1900s the push for retirement was often seen as more complex than just letting people relax after a long hard life of work.

According to Freedman, the idea of retirement started with a way for business and society to push old people out of the mainstream in the name of increased productivity and efficiency. If society and business could convince us that we “deserved” to step away from the world and only focus on ourselves, then society could park us away somewhere and throw us a few crumbs to keep us from bothering them and the GPD.   Those crumbs were the idea that we could return to our youth and cheat death.

But a few people like Erikson saw this as problematic and spoke out about it.  He wasn’t the only one.  An article that appeared in Architectural Digest in 1956 by a man named Lewis Mumford read, “To cause the aged to spend all their time glued to a television set is to damn them prematurely to a second childhood.”  This author confirmed that the main culprits were “specialization, mechanization, institutionalism, in a word, segregation” all ideas that appeared to be efficient on the surface but led, in his view, to the equivalent of “early euthanasia.” And although many of us have more options than merely watching television as we age, the segregation of seniors in housing projects, ranging from retirement villages to nursing homes, is growing by the minute.

So where did the idea of generativity surface? In his work, Erikson began teaching and writing on the evolving ego of children and adults as they aged.  He eventually refined it into Eight Primary Stages showing at each stage we face necessary dilemmas that lead to either healthy or unhealthy development.  While mostly concerned with children and young adults, he eventually highlighted what he called a “second stage of adulthood” to be “Generativity versus Stagnation.”  It was here that Generativity was born.

Generativity basically means a concern for one’s legacy.  In other words, a concern for others beyond self, even beyond one’s family, and innate need to nurture younger generations.  Besides the desire to “make one’s mark on the world,” it can also be explained as a desire to make the world a better place.  This is obviously contrasted by the idea of stagnation.  In that place a person feels they never have, and never will, offer something beneficial to the world or other people.  The obvious downsides are feelings of isolation and disconnection from everything, everyone, and life itself.

That’s why Freedman is convinced that “…the real fountain of youth is the fountain with youth.  And the only way to live forever is to live together, not only in the present but from generation to generation.”  But he doesn’t just stop with the idea that we help others so that we can feel our lives matter in the end.  Freedman cites evidence that shows, “that those in middle age and beyond who invest in caring for and developing the next generation are three times as likely to be happy as those who fail to do so.”

Again, this doesn’t mean that if you are like me and don’t have your own children, or are disconnected from those you do have, that you are out of luck. It just means that something within all of us resonates with the idea of helping those younger than us and leaving a legacy that will survive us when we are gone—and those “others” are everywhere. In fact, Freedman is convinced that young people need older people as much as we need them.

Freedman then goes on to share a variety of stories about people who are offering themselves in small and large ways to enrich their own lives and the lives of younger than themselves.  In addition, he lists several organizations (some of which he’s involved with and started himself) in which others (like you and me) can get involved with as well.  A couple of those are:

Freedman is convinced that the key to our own immortality is tied to the idea of generativity.  He continues to point out that our actions don’t have to change the world, sometimes all we need to do is to know we have helped change one other person’s life—especially those who need a hand-up.  He also offers quite a few other suggestions for living forever.  Here are four I found most meaningful:

As I said in the beginning, I don’t think most of us, deep down, believe we will live forever.  But I do believe that most of us hope to be remembered fondly.  When we take the time to reach out and help others, we benefit as well.  As Freedman writes, “An extensive body of research on purpose, generativity, relationships and face-to-face contact makes it plain: engagement with others that flows down the generational chain will make you healthier, happier, and likely longer-lived. It’s the real fountain of youth.” The SMART perspective might be to keep that in mind no matter what our age.

Okay, your turn.  Have you given much thought to how long you want to live?  Do you think the idea of generativity has merit? Have you been active with genertivity in your own life so far?  If yes, please share that and any other thoughts on this idea in the comments below.