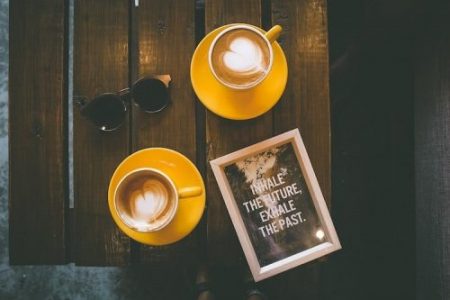 This last week I happened to find and listen to an online interview of a woman named Karen Sands who calls herself a positive aging futurist.  While I’ve never really thought of myself as a one, and I’m guessing you haven’t either, she made a convincing argument for why we should all at least think about it.  Why?  Because as I’ve written about before, and she confirmed in her own way, if we want to know where we are headed in life, having a clear destination is critical.  That doesn’t mean you can’t adjust or change as life unfolds.  But it does offer a target that will likely include a future we want to experience.

First let’s define what a futurist is and why we might want to become one.  According to Sands, a futurist combines insights and foresight in order to predict the years to come for ourselves, our families and our world.  A “professional” futurist studies trends, data and possibilities concerning different topics and then imagines and future-casts possible alternate paths forward—usually for a business or organization.  An “amateur” or everyday futurist does the same thing, except for their own lives. The goal?  To create and then design a future for who we want to be, and what we hope to experience, as time goes by.  Can’t you see why this could be helpful?

I personally believe we are the co-creators or the designers of our future.  Another way of saying that is “you get to make it up.”  Again, I realize we all have different circumstances and we can’t change where or when we were born.  I can’t change the color of my skin or any other number of aspects to my life.  But I, and think we all can, alter and effect the details of what comes next in our lives.  Harder for some of us?  Absolutely!  But even with that said, we each have more ability to future-cast what comes next than we normally consider. And as Sands says, by combining our particular insights with foresight, we can plan where we want to aim.

While I think the ability to be an everyday futurist is particularly important at every stage of our lives, it may be even more essential as we get older.  I say that because I also happened to read an article by a man named Ken Dychtwald.   Dychtwald, who is an educator, author, psychologist, and aging expert firmly believes that we must rethink and redefine what “old age” and retirement means in the 21st Century.

Dychtwald points out what many of us have discovered, “People don’t usually consider themselves old at age 65.”  In fact, evidence now shows that most of us are living far longer. However, as Dychtwald claims, even though the vast majority of people 62-75 years are adamant that they don’t consider themselves old, if you mention limiting or delaying benefits that were set up for old people years ago—no one is in favor of that!  I’m the same.  I’m very happy that I will begin Medicare next year and will claim Social Security a year and two months later.

So, then what?  If at age 65 most of us can still reasonably expect to live another 20 years, plus or minus a few, what is the purpose of all that living?  What is the “goal” of a longer life?  Surely it isn’t to just add on more years?  Dychtwald says, “Few people would say, ‘If I could live longer, what I’d really like is to be old for twice as long.’”  Unfortunately, that is what many of us have just slid into experiencing.  He contends that while we have mostly eliminated the majority of health challenges and diseases that shorten the lives of our ancestors, our current healthcare system is “woefully inept at preventing or treating the chronic health problems that arise in later life.”  In other words, we might be living longer but at more advanced ages we are dealing with chronic and debilitating conditions like arthritis, Alzheimer’s, heart issues, diabetes, etc.etc. that clearly make our longer years less desirable than before.  We might have quantity (long lives) but it doesn’t always include quality.  Until we address that reality and face that problem earlier than when we find ourselves in the middle of it, it will likely grow and continue.   So no, just adding more years to an already long life is not the “future” most of us want to forecast.

So what does Dychtwald recommend?   He obviously has a lot of suggestions, but a few that stood out for me are:

Dychtwald has so much more to say about reinventing ourselves in older years that I’m sure I will be writing more about in the future.  But one of his best quotes is, “Most discussions about increasing longevity have been focused on how to live longer rather than on why.” I don’t know about you, but merely tacking a few more years on to my life when I no longer have purpose, or am no longer happy or fulfilled, isn’t something that excites me.  Why I want to live is far more important to me than how long.  And that brings me back to why I believe it is so important to become an everyday futurist.  I’m convinced if we don’t start thinking, discussing, considering and exploring our potential alternative futures, our possibilities will be limited.

As I mentioned at the start of this article, Karen Sands believes that futurists are those that combine insight with foresight to discover alternative futures for themselves and others.  Based upon the tends and information I’ve been reading, there are a number of possible scenarios for each of us.  Where will I, or you, be 10-15-20 years from now? Let’s not leave that to chance.  The SMART approach is for each of us to become an everyday futurist starting today.