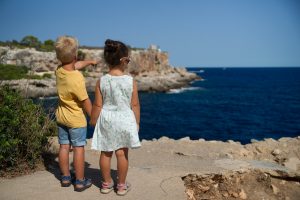 Last week Thom and I held a discussion group with friends.  Our topic was to share any quotes that we felt had influenced our lives in a long-lasting and profound way.  It was harder than you think because all of us love quotes and like me, had hundreds to choose from.  Then I found it.  My quote was one that I read in an old, old newspaper column by Ann Landers (I said it was old, didn’t I?) It meant so much to me I cut it out and saved it all these years.  The fact that it was by one of my favorite authors, Ralph Waldo Emerson, made it even more special. But what has occurred to me since then was how it subtly influenced me all these years and how it became a tribute to what I hoped to be when I got older. I wonder how many of us take the time to consider the “messages” we absorbed when we were younger and how they continue to influence our lives. Did we become who we always hoped to be?

In case you are wondering, the quote I referred to by Emerson is:

“To laugh often and much; to win the respect of intelligent people and the affection of children; to earn the appreciation of honest critics and endure the betrayal of false friends; to appreciate beauty; to find the best in others; to leave the world a bit better, whether by a healthy child, a garden patch, or a redeemed social condition; to know even one life has breathed easier because you have lived. This is to have succeeded.”

When many of us graduate from high school we seem to have a fairly clear idea of what we want to be when we grew up.  I didn’t.  While some things appealed to me:  teacher, nurse, even a doctor.  I do remember thinking I would like to learn to fly airplanes but the path to get to that seemed unreachable. I didn’t even know who to ask. (Remember this was before Google!)  I also loved to read but it never once occurred to me that I could be a writer. After all, I came from a family of blue-collar workers with no higher education, so my choices seemed very narrow.  I didn’t know what I didn’t know. Plus, while I managed good grades, my family offered no encouragement for continuing with my education.  Still, I knew I could go to the local community college because I could work, support myself, and continue learning for several years—and I knew I liked to learn.  Maybe then I would find out what I wanted to do?

I’m actually very happy with the way my life turned out in spite of the fact that I started out so clueless. In fact, I have come to the conclusion that in some ways, especially for me, the fact that I wasn’t slotted into a career path turned out the best for me.  Looking back there are dozens of things that would have interested me enough to pursue (if I’d only known about them). But then my life would have been completely different.  Would I have been as happy?  Who knows? Would I have been more “successful?’  Who knows and by what measure? But isn’t that part of the problem?  If we only focus on what we want to “do” rather than who we want to “be,” who decides the measuring sticks for creating a good life?

The beauty of the Emerson quote helps to remind me that we have choices about who we want to be at every stage of our lives.  Sure, it’s good and often important to have an occupation that utilizes your talents and allows you to contribute to your world.  But ultimately, isn’t it who we are as people a higher priority?  Aren’t our values of more importance?  And it also got me wondering if we should ask younger people what kind of people they want to be (rather than what they want to do) when they grow up.  That allows them to put the focus on what matters most for a happy and fulfilled life.

In my last blog post I wrote about how easy it is for us to confuse the map with the territory.  Isn’t that like thinking that our resume or our jobs are our identity?  Sure, our occupations are important and most of the time necessary, but we are so much more than that.  And when the time comes to let go of those jobs, isn’t it good to know that we will keep on being the kind of people we have chosen to be? Maybe rather than identifying with what we know or believe it would be better to identify with what we value.  We also aren’t the stuff or possessions we have.  If we identify with those things, then when they are gone, we won’t know who we are.  Far better to be a being that does things, rather than a doing who can’t imagine who it wants to be.

I guess my point is that it is never too late to remember that we get to make it up.  We get to decide the people we want to be in the days ahead.  Even now as we are all getting older, I believe it is important for us to make that commitment to ourselves to be the people we aspire to be (I call it Positive Aging).  I don’t know about you, but I don’t want to grow to elderly as a worried, cranky, judgmental, suspicious relic who used to do great things.  Instead, I want to continue to learn, and use the quote by Emerson to continue to guide my life.  After all these years I still believe he offers a SMART perspective for us all.