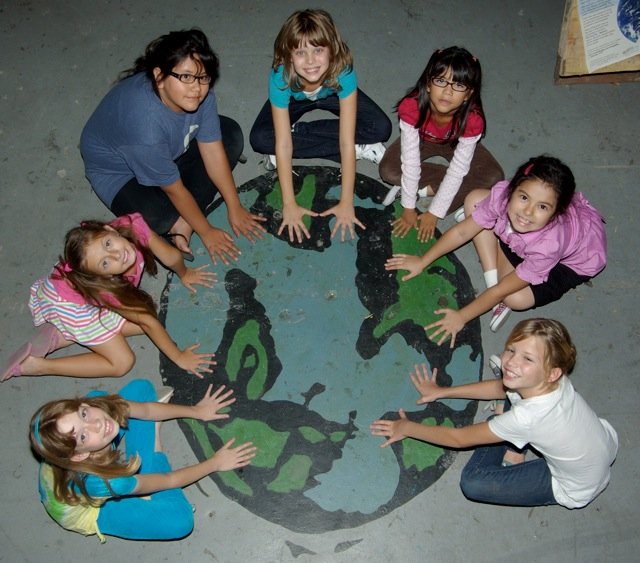 There appears to be so much divisiveness in our world these days that I need to be constantly reminded that there is something that connects us all at a deep level. You too? I also find that a short story or parable is a great way to bring the point home. So when I found this story about frogs—yes frogs—it expressed the idea visually and emotionally for me. And naturally, I wanted to share it all with you. Here is “The Parable Of The Frogs.”

It was a pleasant morning in a small town in the heartland of the United States. Around the edge of the town was a field which had several wells and each well had hundreds of frogs. And the wonderful thing was that the walls of each well had had been painted a distinctively different color.

The frogs knew about the other wells even though they had never ventured out beyond their own. They learned about the other wells because the birds, which flew around everywhere, had told them about it. One well had pleasing vibrant green colored walls. A few frogs floated restfully on the surface with their big black eyes popping over the surface. Some frogs sat on the walls of the well. A gentle breeze stirred the few plants that clambered on the inside walls of the well. Life is good, thought one frog to itself.

A little distance away in another well, other frogs were feeling the same way about life. This well had bright red walls. And in the well that had yellow walls, the frogs were similarly happy. The same scenario held good for the frogs in the blue and the white wells, and in all the other wells of other colors. All the frogs seemed happy and content to sit on the walls of their wells or float on the surface and breathe the cool fragrance of moss and herbs that thrived on the walls.

One summer’s day it was especially hot. This was the hottest summer in many years, and even if the morning had been bearable, by afternoon the climate changed and the sun had got very hot. By about three in the afternoon the frogs began to feel restless with the heat. Some of them sat on the walls of their wells directly in the sun, trying to catch a whiff of air. But it was very still without even a trace of wind. The heat was enough to irritate any frog.

As their exasperation grew they heard voices in their heads. The frogs in the green well said to themselves: “You are right to be upset. But it’s not actually the heat that is upsetting you. There is a more serious reason. Although your well is the best one, and your water is the purest, the frogs in the other wells do not recognize how superior your well is.”

They went on croaking till they got hoarse and thoroughly exhausted. And when they could croak no more a few of them decided to get down from the walls and take a dip in the waters to cool themselves. That day they were more tired than usual having done more than their usual lot of croaking.

The frogs knew that the water right at the bottom of the well was always cooler. More than a few swam deep into the waters. A few frogs even reached the bottom, and swimming around discovered passages where the water was cooler still. These passages were so delightful and pleasing that several frogs got lost in them. When they had had enough of the cool waters they rose back to the surface.

Most of them were happy to see the walls of their wells again. But for some it was the most painful surprise of their lives. A few frogs from the red well found that they had surfaced in the green well, and a few frogs from the green well found that they had emerged in the blue well. The same trauma was faced by some frogs in the yellow, blue and white wells. Instead of surfacing in their own wells they had popped out in the enemy’s well!

But word of the discovery that all the wells were connected by deep subterranean canals spread with the swiftness of frog-chant. They realized that as long as they remained on the surface they experienced the illusion that the wells and the waters were unique, different and even special. But deep down they were the same waters which flowed into the green, red, yellow, white and blue wells.

The metaphor is obvious. Red, green, white and so on are the colors of our different communities. But we often forget that we come into the world first as human beings, and only then, without our conscious consent, do we grow up as Hindus, Muslims, Christians, Sikhs, Buddhists, Pagan, or Atheist. Or we grow up identifying solely as Americans, Indians, Pakistanis, Israelis or Palestinians; or black, Latino, Asian, or white. Some of us grow up to suspect our neighbors because they practice a different faith, belong to a different culture,  have a different colored skin or even live in a different part of town. And when we get restless, due to fear, poverty and oppression in one context, or boredom, loneliness and isolation in another, we are willing to turn into aggressive and sometimes violent renegades.

Unfortunately it is all too easy to forget the simple fact that regardless of all those labels we claim for ourselves, that our life-blood is all the same color. On the surface we may look and think differently but when we go deeper, we touch the common waters that make us all human beings living on planet Earth. Equally important is the awareness that if we taint the water in one well, we taint in everywhere. If this current pandemic has shown us anything, it is SMART to remember that we are all connected and that one person on the other side of the planet can have a direct and powerful influence on the rest.  We are all in this together.