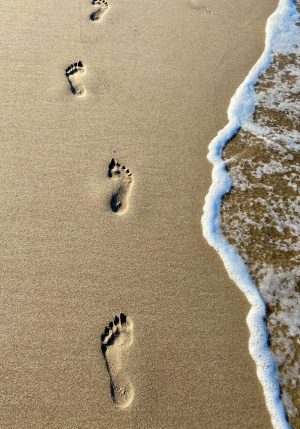 Last week a blogger friend posted an article about how the communication in our country has become very contemptuous. I agree.  Anyone who has been on social media or watched any news has seen some very angry rhetoric thrown around—especially at anyone who doesn’t agree with them.  While I’ve overreacted to a few things myself, I do work hard not to slide down that rabbit hole as much as possible. It’s one thing to state the facts and another to state your fear, anger and frustration. But the more I considered the idea, the more I questioned whether it is always necessary to stay “nice” rather than get a little nasty now and then. Is there ever a time it is called for, and if yes, do we give ourselves permission to go there when necessary?

Even as I ask that question, I am very aware of the “good girl” inside of me that reminds me that we should never be mean, even when it may be called for.  I have also read and done some studying into nonviolent communication, so I know that violence only begets more violence so that should be avoided at all costs.  I also like to think of myself as a well-read, well-studied and well-practiced person with spiritual ideals—who believes that we all share an underlying goodness (and yes, I do believe that in case you are wondering!) So, when I think about the idea of embracing my potential nastiness, I struggle with the idea.

But maybe it’s like Jimmy Buffett song Fruitcakes where he sings, “…there’s a fine line between Saturday night and Sunday morning.” When it comes down to it, maybe that line between nice and nasty isn’t as far apart as we typically believe. Plus, how and who’s doing the defining has a lot to do with it.  And I’m guessing that women walk that line far more times than we usually admit.  Psychotherapist and author Jo Ellen Gryzb claims we all suffer from “The Nice Factor.”

Gryzb believes the symptoms of niceness are everywhere: every time we can’t say no, anytime we let someone off the hook, whenever we avoid conflict to keep the peace, when we feel guilty for asking for something, or when we get roped into something we don’t want to do. She also believes that we act nice by apologizing all the time.  She goes so far to say that, “When an apology isn’t genuine, psychologically you are saying you’re ashamed of yourself. It’s almost as if you are apologizing for your very being.”  Ouch!

Of course, it isn’t easy to give up our “nice factor” when we have literally been trained or conditioned to live it since we were born. Nearly every woman I know was told as a child to be a “good girl,”  to play nice, to do what you’re told, to smile even when she didn’t feel like it. We saw our parent’s light up when we played the good girl and frown or even yell when we didn’t.  The same with teachers.  We wanted our teachers to “be happy with us” so we played along, even when we really didn’t feel like it.  When we grew older and it came to wanting boys to like us, we bent our natures to fit what they seemed to like best.  Girlfriends, boyfriends, husbands?  Sometimes it’s the same thing.  Then you have a national leader who continues to call any women who speaks up or out against him or his actions as, “nasty.” And a portion of our country seems to agree.  Who is right?  Who is wrong? There’s that fine line again.

But rather than a right or wrong answer to the question, it is important to realize there is a downside to forcing all that niceness out and denying our nasty.  Author, professor and therapist, Bob Taibbi believes that there are nearly ten reasons that our niceness can be problematic:  They are:

1) We internalize by holding in negative and potentially damaging emotions that occur in the course of everyday life. That can lead to depression, anxiety and addiction.

2) We act out. For example, we overeat, over-medicate, over-shop or blow up at loved ones for no reason.

3) Heavy self-criticism. We constantly beat up on ourselves for not living up to our (or others) ideals.

4) Growing resentment toward others for holding us back and making us swallow our anger, frustration or hurt.

5) Suffering from burnout. We constantly get sick or feel exhausted.

6)  We form inauthentic or stale relationships.  Ever had a friend tell you long after her divorce that she knew she should never get married to that person?  Or what about the woman who stayed in a relationship long after it was gone but didn’t leave because she didn’t want to hurt anyone’s feelings—or be seen as nasty?

7) It can lead to passive aggressiveness or controlling behaviors. When your expectations for yourself and others are very high, that often leads to a need to control (either directly or passively.) That, or you attempt to manipulate through guilt or passive aggressiveness. Chances are good that is your anger and unhappiness leaking out.

8) Full blown anxiety for always denying your true feelings in order to avoid confrontation or conflict.

9) Denial of your true self.

On a personal level I think this plays out for me when I see something posted on Facebook that is clearly false and/or extremely derogatory toward something or someone I believe unfairly targeted.  I’ll admit that much of the time my first reaction is to say something equally negative in a superior and challenging way.  But given a pause, I usually realize that will only throw fuel on a smoldering fire.  So instead I typically attempt to offer a link to a reliable and clarifying bit of news and information without sounding too snarky. But is that enough? And is that denying my true feelings or allowing me to respond without passively accepting what is thrown about? Sometimes yes.  Sometimes no.

As I’ve mentioned in a number of numerous posts, I think it is time for many of us to speak up and not be afraid to be more direct, or a bit nastier if called for.  In fact, I think it is time for me to get over my fear of being called or labeled nasty.  Sometimes we really do need to speak up for certain values we believe in—but if we let our fears of being called nasty hold us back, we open ourselves up to all the downsides to being too nice (see above).  And what is behind that fear anyway?  It is likely the fear that others won’t like us, others will judge us, others won’t see us in the positive light we would like to be seen in.  But you know what?  If people judge me (or any of us) that way, there is a good chance that they judge us that way anyway—regardless of whether we play nice or not.  That, or chances are good they aren’t really thinking of us at all. So, the more we hold ourselves back, the more we are, as Gryzb implies, actually pre-apologizing for our being.  That’s not the way I want to live.

So, what can I/we do?  Bob Taibbi offers these suggestions.

#1 Get in touch with how you are feeling.  Why you feel that? And what is the underlying cause?

#2 Don’t avoid saying no, and never say yes when you really don’t want to do something.

#3 Use your anger as information.  What is it telling you about what you want, need or don’t like?

#4 Be more honest with others and yourself.  Refuse to just say you are fine when you know you’re not.

#5 When you feel like you are suffering from burnout, binging or any addiction, ask yourself what is behind it and what you might be denying.

#6 Push back against negative self-criticism.  Work on feeling good about who you really are.

As I written about (and said before) what others think of me is really none of my business.  And I have also come to realize that there is part of me that feels a very strong need to speak out when I see injustice happening around me.  Will I be judged for it?  Likely, but I would far rather be judged as a person who stood up against injustice rather than silently sat and watched it happen.  I’m also more and more convinced that as a white, boomer woman who lives an upper middle-class lifestyle, that those privileges come with a price tag.

At the same time, I realize that speaking out can come from two different places.  One is from a place of knowledge, caring and self-acceptance.  The other from fear, anger and unworthiness.  Just like when being judged as assertive by some people, others will call us aggressive. We can’t control how others see us or what they think, we can only control our own actions.  And let’s make certain our actions are guided by our own conscious choices, not simply our cultural programing.  The SMART perspective is to consider where, when and how we should express ourselves as we become the person we are meant to be.  And perhaps the more we get to know our true nature, the easier it will be to know how to walk that fine line between nasty and nice.