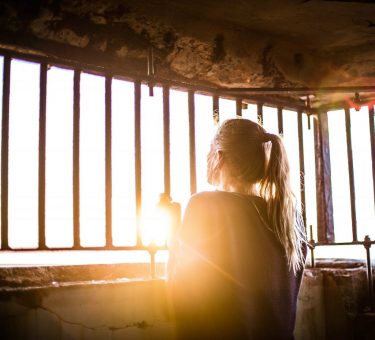 During the entire month of August, I took a sabbatical. I nearly just wrote that I took a much “needed” sabbatical. But that wouldn’t have been true. I didn’t need one, I wanted one.  And that level of honesty became much more important to me after I read the book Untamed by Glennon Doyle. For the most part during the last month I only read light fiction as a treat to myself. However, when I was able to grab a free copy of Untamed through my library, I jumped on it. It was just what I needed to dig deep and give myself permission to take my writing to another level. What’s that you might ask? I now hope to un-tame and un-cage my inner cheetah and let her roam wherever she wants to go.  And hopefully my actions and my thoughts will encourage the same in you.

Have you read the book? If not, I suggest you get your hands on it any way possible. If you are unfamiliar with Glennon Doyle, she first became well known from her blog Momastry which she started in 2009.  Because I’m not a mom I’d never even heard of her.  Her blog became so popular that she started writing books and headed out on the lecture circuit. Obviously, a big part of her writing is about her experiences as a mom.  However, I’m guessing her large audience grew because she is funny, insightful and almost painfully truthful. She also writes about her faith and challenges as a Christian, along her overcoming both bulimia and addiction. So, while those traits obviously made her a draw for certain readers, those topics were never in my radar.

Then came Untamed.  I first heard Doyle’s name in a Brene Brown interview back in May. During that interview I learned that at one point, after publishing her second book, she decided to divorce her husband. Why? Primarily because at a promotional conference to promote that book she met and fell instantly in love with a woman named Abby Wambach. (Yes, Wambach is that two-time Olympic Gold Soccer player.)  To make matters more complicated, the book, Love Warrior  told the story of her husband’s infidelity, the betrayal she felt and the healing redemption necessary to move past it.  Still, although that story tells how she and her husband found peace and the space of forgiveness, she was compelled to step out of it in a big way and follow her own path to true love. Talk about courage!

So, what does the story of a women who is a mom, married, divorced, Christian and now married to a woman have in common with me? With you? One of Doyle’s greatest gifts is being able to share the deep common thread that all women (and I’m guessing many men)  have about what it is to live authentically in our world today. To have the courage to wake up, break out, and flee from any and all of the cages that we’ve built around ourselves (or more importantly allowed to be built around us.)  To finally listen to our inner voice and follow that advice rather than what the world tells us we have to be.

I tend to believe that I’m a pretty honest person and say what I’m thinking, but Doyle takes that honesty to a new level. What attracts me to her current message is her deep authenticity and fearless approach to being real. And even though I don’t have that much to lose by being completely honest, Doyle was willing to blow up her entire family, jeopardize her success as an author, speaker and income producer, and to tell the world about it in no uncertain terms.  Surely that takes profound integrity and grit.

But, although her personal story of overcoming addiction, facing motherhood, dealing with her relationship with her kids, her husband, family, her church and her eventual love story with Wombach is certainly compelling enough—Doyle has much more to say.  What I found most inspiring was her SMART insights about what it means to be a human in today’s world. She asks, and then does her best to answer, “Who was I before I became who the world told me to be?”

Clearly, a big theme for Doyle is the journey to discover our true self and then how to reveal that.  I’m reminded of the book, The Four Agreements by Don Miguel Ruiz who spends a good portion of his story reminding us that we are all “domesticated” to live agreeably in our culture.  Most of us are asleep to the fact that we are living in a fog or a dream called a mitote and completely conditioned by the erroneous belief systems we inherited.   Doyle says something along the same lines with, “It struck me that in every family, culture, or religion, ideas of right and wrong are the hot cattle prods, the barking sheepdogs that keep the masses in the herd. They are the bars that keep us caged.”  Like a caged and trained cheetah, Doyle realized that much of her life she ignored her inner voice and became domesticated.  While throwing that all away was painful, it would have been far more painful to keep trying to be someone she was not and living a lie.  Like the late movie, The Stepford Wives, Doyle woke up and realized she was living the life of a programmed robot. She wants us to wake up too.

As with many books that I read that I really appreciate, this one is full of great quotes.  A few of them are:

The cheetah story in the book is really quite powerful.  I’ll leave that to you to read yourself.  Just know that any cheetah in a zoo can be trained to accept the cage, and live smaller than they are meant to be.  But deep inside lurks their true self.  The same is true for you and me. Obviously, some of us are more domesticated than others, but we are all caged to some extent. Maybe it is time to let that cheetah run wild and forget its training?  If not now, when?

So, what does the story mean for me, my blog and my writing?  I am hoping that at this stage of the game I start opening up more and more to reveal my true self.  Yes I am, and will remain, an optimist so I am committed to finding the Light whenever possible.  But something else I deeply admired with Doyle is her commitment to social activism and her willingness to not only speak up about it, but to get involved.  Since she began the organization “Together Rising” she and her group have raised over $25 Million to help “change the world in revolutionary ways.”  She is also very vocal about human rights, domestic violence, systemic racism, the environment, and so much more—and she is fearless about speaking out about what is currently happening in our country.

In the past I have avoided writing about issues that I didn’t think fit into the SMART perspective—but I now believe I’ve been too guarded.  The world needs more of us to use our voice for good and I can no longer sit by quietly.  I think that is a problem for many of us  (especially women?) and so does Doyle, she says, “We want to be liked.  We want to be trusted.  So, we downplay our strengths to avoid threatening anyone and invoking disdain … we apologize for…everything….We want to be respected, but we want to be loved and accepted even more.”  Isn’t it time for a change?

I realize I am in the unique privileged position to use my voice and this blog to speak out more when necessary.  Like Doyle, I don’t intend to stop encouraging others to be everything they can be or stop writing about how we can all live more happily and peacefully. However, I am hoping my writing can offer a bigger net than it has in the past.

As always, I am grateful to any of you who have taken the time to read this and I hope you will continue to find something of value in my words.  But in the end, I want each of us to wake up from any illusion that may have held us in the past, break out of our cages, and start listening to our own SMART voice within.  After all, as Doyle says, “You are not crazy.  You are a goddamn cheetah.”