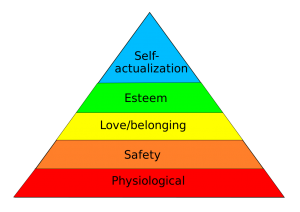 Years ago, Abraham Maslow’s Hierarchy Of Needs was a popular way of understanding human motivation and ourselves in general. His work was one of the first to look at what allowed people to thrive, rather than struggle in dysfunction, and preceded the field of positive psychology as we know it today. Beginning with a basic need to merely survive, Maslow showed how some people evolved beyond that to eventually arrive at a pinnacle: self-actualization. But while Maslow’s theory made a major contribution to developmental psychology, there are new theories replacing his. Could human happiness and motivation really be as simple as the three needs in Self-Determination Theory (SDT) or the six factors in The Ryff Scales of Psychological Well-Being? And is it really possible to know what we humans need to be happy? END_OF_DOCUMENT_TOKEN_TO_BE_REPLACED