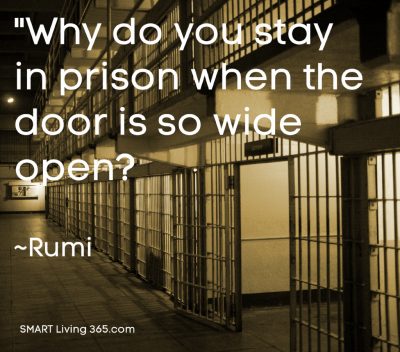 A few weeks ago I posted a quote by e.e. cummings that said, “To be nobody but yourself in a world which is doing its best night and day to make you like everyone else is to fight the hardest battle which any human being can fight; and never stop fighting.”  That quote continues to speak deeply to me. It is based upon my own desire to be true to myself even though I really want to be accepted and yes, loved, by everyone else.  And I’m guessing that many of us are feeling that contradiction in these times—whether that be related to politics, COVID, systemic racism, income equality, or others. Fortunately, one of the answers to that predicament came to me this week around the topic of conformity.  When is conformity a good thing, and when is conformity a jail cell that we are in without remembering the door isn’t even locked? When does conformity keep us safe, and when is it holding us back?

But before I go too far, I want to address the issue of politics.  A couple of blog posts ago I used examples to make my point that women had been subjugated throughout history.  One of my readers commented that while she agreed with my point, she didn’t like that I included politics.  And while I appreciate getting comments and don’t expect everyone to agree with me (I just hope I make you think!) I thought her comment about politics deserved analysis.  See, I approach politics like everything else, a topic that touches every area of our lives. Simply put, politics is defined as the way people make agreements to live and work together, make collective decisions, and decide to distribute power.  While many of us women have avoided both the discussion and participation of it in the past, politics affects our lives every day and needs to play a more prominent role so that we aren’t—drum roll please!—stuck in the jail of our conformity.

When you read up about conformity you find out that there are several different types. The primary one is social or normative conformity.  This is where we agree with what others are thinking and saying because we want to be liked and accepted.  Most of us do this when we are young because we not only want but need to be accepted and loved by our family. This then extends to our friends at school. In fact, this is the definition of peer pressure. So even when a young person believes they are being completely unique and reject what their parents want them to do, look like, and behave, most of them just switch over from parental conformity to peer pressure.  In other words, just because you break free from one jail cell you might just climb in another.

Then there is informational or expert conformity. This is where we agree because we want to be thought of as intelligent and “right” so we agree with the “the expert” or crowd we are hanging around.  Remember the saying our parents used, “If all your friends jumped off a cliff, would you too?”  Unfortunately many of us would have—and maybe still might.  With expert conformity you put all your trust and respect in someone whose authority you admire and have been taught to never question.  So rather than point out that an emperor has no clothes, you find yourself going along with what your tribe tells you, instead of seeing clearly with the eyes of an unconditioned child.

Research exists that proves how deeply conformity is hardwired into us.  One of the most well-known studies comes from a man named  Solomon Asch who demonstrated how individuals commonly yield to group influence.  In his study he asked participants to study one vertical line on a sheet of paper and then compare it to three vertical lines of varying length on another.  The question was asked, “which of a. b. or c. looks the same?”  The thing was, of the five participants, four of them were part of the experiment.  When those four selected one of the choices that was clearly wrong, the remaining participant still frequently agreed and picked the same.  That’s right, even when the answer was pretty apparent to everyone, the individual in question yielded to the majority over what was obvious. Later, when asked why that person went along with such an obvious error, he/she claimed that he/she did not want to be ridiculed or thought “peculiar” by claiming something different.

Other very common examples exist in groups of people who follow a national or spiritual leader (or perceived expert) to their detriment and/or even death!  Tragic examples of this are Charles Manson, James Jones, David Koresh or Marshal Applewhite.  Each one of these leaders convinced followers to “drink the Kool-Aid” and kill either others or themselves.  (Do I even need to mention Hitler and those who participated in killing millions of innocent children, men and women?)  Not only do they prove that a person who can construct a convincing enough story has the power to make people follow them against their own better interests, but it also proves how easy it is for people to conform in order to belong.

So where does conformity come from?  From what I can tell, conformity is a natural human tendency to live together with other people and stay safe.  Let’s face it, if you are surrounded by wilderness and wild animals, we need to get along and be accepted by others for food and protection.  Deep within our psyche is the need for a place in our community where we belong.  Obvious benefits are how most of us follow basic laws like those related to traffic and driving.  Other conformed agreements are things like monogamy and caring for our young.  Good can come from conformity as long as it benefits our culture rather than constrains it.  But who gets to decide? That’s part of the problem.

What happens when your tribe is bad at protecting you, or has an agenda to use you for their own benefit? Where do you draw the line?  Where do you step away and at least try to find something different?  Unfortunately it isn’t as easy as just asking a few questions.  I’m thinking it requires self-awareness, resilience, courage and self-reliance.  And something more.  To be most effective it requires a deep faith and trust in one’s Self and an understanding of where one fits in the Universe.  Until you have that you will likely just stay with your tribe no matter how bad it gets.  As Rita Mae Brown said, “The reward for conformity is that everyone likes you except yourself.”

I used to think it was confirmation bias that kept so many of us stuck in erroneous thinking.  Now I realize how big a role conformity plays.  Unless we are willing to take a good long look at our thinking and the choices we make so automatically we’ll stay that way.  We also need to be willing to snap out of numbness or complacency and ask ourselves deep but important questions like:  where and why am I complicit?  What do I automatically take for granted?  What am I willing to overlook to keep the peace?  Am I an example to others of someone being true to herself, or someone who just goes along with others to be accepted?

Then this week I read an article in The Atlantic about why people continue to vote for our current president even when they don’t like him.  And because I am fascinated by why people do what they do, especially when it is against their best interests, I couldn’t help but read it.  And the simple answer was that many of the people who will continue to support him (even after admitting that he’s doing a bad job) will do so because their tribe—their family, their church, their Facebook friends, or their community—repeatedly tells them something that makes them believe that liberals and the media aren’t to be trusted and would be even worse.  They are putting their need to belong in front of their own truth or facts—and from what I can tell, that is a clear example of conformity.

What the article points out at the end is that regardless of who is elected, that mindset of conformity isn’t going away.  As the Asch research shows, about 30% of the population will agree with anything their tribe says just so they will fit in and belong. And the more anyone on the opposite side of the groupthink questions them, that will only make them dig in further with their beliefs. Are they happy? Who knows?  But they belong and that is the price they insist on paying. Of course, knowing that the majority of the population (70%)  can wake up and consciously think for themselves gives me hope.

So what will it take?  I understand that a really cushy padded jail cell can be difficult to leave. Facing all that uncertainty outside the cell is scary for those who have never ventured out.  But surely we were born for more than an easy comfortable life where we pay some bills, stay busy and then die with an obituary that says, “She was so nice and everyone liked her.”  Deep inside I believe each of us carries a unique contribution to the world that only we can deliver. That’s why when it’s time for me to pass on, I would rather my obituary said something like, “She was an optimistic adventurer who like to share ideas and make people think!”  Let’s never forget that we only have so much time left on the planet no matter what our age.  Perhaps the SMARTest thing we can do is listen to and then follow that still small voice within that is eager for us to be true to ourselves.