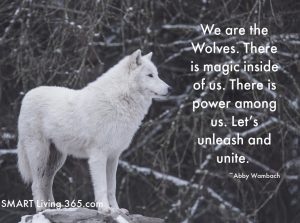 Sports have never been my thing.  Sure I like to play at a few sports—like pickleball, golf and swimming but usually only with likeminded friends that are there like me, to have fun and socialize—not sweat.  So when I heard a recent podcast by Brene Brown interviewing a woman named Abby Wambach, I only vaguely knew who she was.  For those of you who are even less familiar than I was, Wambach is a two-time Olympic gold medalist with a ton of other accolades and awards including the highest all time national soccer goal scorer for women and 2nd for international soccer goals for both women AND men.  That’s a big deal! At 40 she is retired and has gone on to write a couple of books. Regardless of whether you are a sports fan or not, this impressive woman is able to offer a unique perspective for women of all ages in our times.  I found her New Rules to be excellent reminders as we collectively co-create a better world for us all.

Wambach left soccer back in 2015 after being showered with awards and recognition.  However, she knew when she retired that as a woman (one of the very few to reach such notoriety in sports), she still didn’t have the savings to be able to exit like any current recognized male sports heroes.  That prompted her to become a writer and began public speaking and endorsing products.  Wambach has now earned more in the last 4 years from those activities than the entire time she played professional sports as a woman.  This is sadly true for all women in sports.

Wambach’s first book is a memoir titled, Forward.  Wambach’s second book, Wolfpack, How To Come Together, Unleash our Power and Change the Game  was quickly followed by the recent release of the “Young People’s Edition.”  That third book was the focus of Brene Brown’s interview.  While Wambach offers a total of eight new rules that are powerful encouragement for us all, here are the four that seemed most important to me.

Something that Wambach has managed to do is to take fairly common memes and put them in context with her unique background.  The story she uses to explain this new rule is the story of The Little Red Riding Hood.  That tale teaches us all (particularly girls) to stay on the path to grannie’s house in order be safe, do what we’re told and never venture into the woods. Instead Wambach advices, “…wear what you want, love who you love, become what you imagine, create what you need. You were never Little Red Riding Hood; you were always the wolf.”

#2  Old Rule:  Play fair, be nice, stay safe. Ask for the ball. New Rule:  Believe in yourself, demand the ball

Back when I was growing up most young women I knew were taught to play fair, be nice, stay safe—and if you wanted to have something or do something, politely ask for it.  Well guess what?  That strategy might make us very likable, but it didn’t help Wambach win two gold medals. She shares a story from her training that taught her very powerfully about how she had to have the confidence to “demand the ball” and then take full responsibility when she did.  It had nothing to do with being nice, fair or safe.  And if you wait to ask permission before you do what needs to be done, it usually doesn’t happen.

Brene agreed and Brene offered a quick story to illustrate.  Back when Brene was teaching she explored the idea of self-grading for her students.  She said it literally broke her heart when the young women in the class would routinely grade themselves a “B” or less saying they knew that they could probably do better or confessing each error they ever made.  Meanwhile the young men had absolutely no problem routinely giving themselves “A’s” or “A+,s.”  Being raised to be nice has consequences.  It’s time to change the rule.

I’m guessing that many of us were taught to focus on all the good in our lives.  Nearly every woman I talk to tells me that they are grateful for what they have been given, even those that have worked incredibly hard or faced tremendous odds to arrive where they have landed.  Wambach says that gratitude is indeed part of our humanity—BUT—she believes that we have not learned to then ask for what we truly deserve because of it.

In 2021 women are still only earning 82 cents for every $1 that a man earns regardless of whether she is doing the exact same thing.  But because most women are all so grateful for what we have, we often never demand for more. We also don’t receive the same recognition as men for equal or more work.  And if or when we do ask for more, we are often told we should just be grateful for having a job at all.  Asking for and receiving what we deserve is a rule that needs to be embraced in the days ahead.

#4 Old Rule:  Be against each other. Benefits are scarce, so get what you can before they do! New Rule:  Champion each other.

We have all been raised in a world where we are taught that resources are limited and scarce.  We are taught to compete against each other and unfortunately this seems to have hurt many women more than men.  When women are taught that there are only two seats out of ten at the table available to them, they often start believing that other women are the enemy instead of the eight men holding them back.  Who decided women only got two seats in the first place?  Perhaps women should work together and take all ten for a change?  Wambach learned while playing soccer as part of a team that when we work together we can accomplish great things.  Champion one another! Recognize that there is plenty of good to go around for each of us!  When we work together for something, we all win!

Throughout the book, Wambach goes back to the story of Little Red Riding Hood and the powerful wolf within each of us.  A big part of that power is in finding and working together with our pack.  She equates much of her success to her pack, the U.S. Women’s Soccer Team.  Whenever she is asked what she misses most from playing soccer, she is very clear that it was belonging to such a close knit “pack” that helped them all accomplish amazing things. She advices us to find and treasure our own packs because that is where the magic happens.

Listen to or read any current news and you’ll likely see that our world is changing daily in so many ways.  But while things are moving at lightning speed in technology, medicine and science, in terms of human behavior some things are very old fashioned.  Many of us (and yeah I’m talking about me) still operate from some old rules that were passed down from our patriarchal society ages ago.  Without even thinking about it, we act, react and move forward from outdated ideas about who we are and what we should do and be.  It’s time for a change.  You might not be interested in getting your hands on Abby Wambach’s book.  But it might be SMART for all of us to start rewriting the rules we live by in ways that are more equitable and compassionate and whole if we want to see a better world in the future.