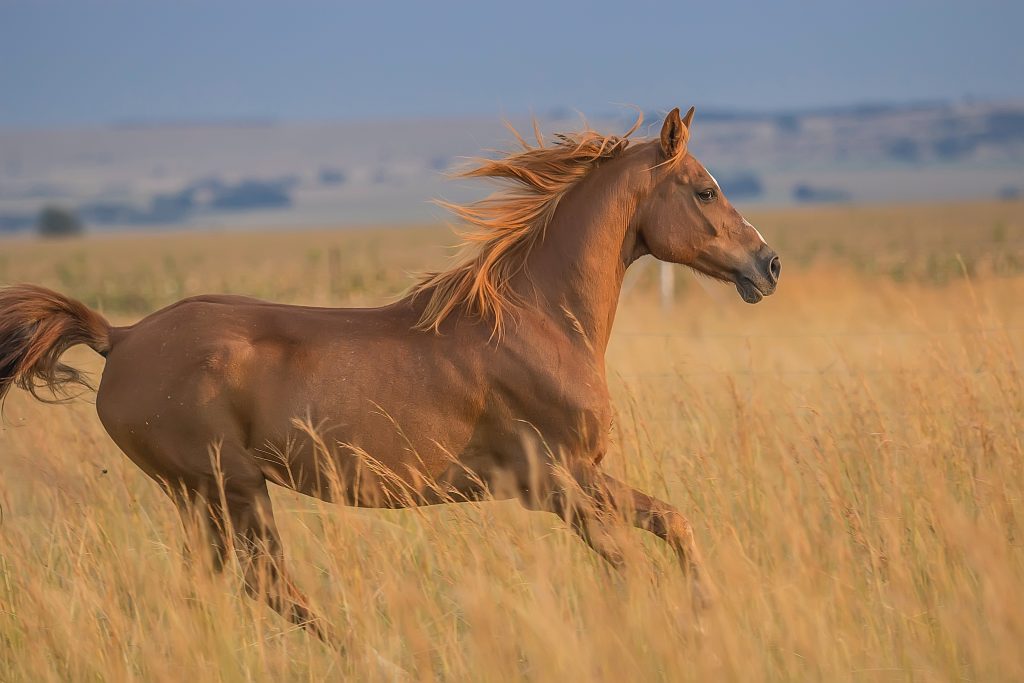 As Thom and I hiked through the forest this morning he happened to mention the obvious. That was how neither of us could have predicted how the summer of 2020 would unfold.  And I’m guessing that none of you could either.  Even if we have managed to stay healthy, and that the vast majority of our family and friends are managing it as well, it seems like every new day brings some unsettling news.  Surely none of us would have “chosen” the current situation.

However at the same time, I’m also reminded of the Wayne Dyer quote, “I don’t know enough to be a pessimist.”  In other words, I’ve have repeatedly believed that in spite of any appearance to the contrary, that good can and will eventually come from any situation.  Supporting that idea is one of my favorite stories I like to call, “Maybe Yes, Maybe No.”

One day a farmer happened to come upon a herd of wild horses.  One of the horses was an absolutely magnificent stallion.  Using his experience with catching animals, the farmer managed to corner and capture the amazing horse.  Securing the animal, he then succeeded in leading him towards his farm.  Along the way he passed by his local village.  When the townspeople saw the farmer and his newly caught stallion they all congratulated him.  As he passed they said, almost in unison, “How lucky you are to capture such a prize!”

Keeping his eye on his excitable acquisition, the only response from the farmer was, “Maybe yes, maybe no.

A few days later the horse escaped the barn where the father kept him at night.  Almost the second the townspeople heard of this escape they rushed to his farm to offer their condolences.  Every one of them said, “How sad this is, it seems you’ve become very unlucky.”

A week later the farmer passed by a canyon near his farm and happened to see that the wild stallion had somehow become trapped after a tree had fallen over the canyon entrance.  With the help of his son, they removed the tree and recaptured the horse.  On their way back to their farm they again passed town.  There the townspeople ran out to greet him and his son with shouts of greeting and wonder crying, “Wow!  You are the luckiest man we know!”

Smiling softly almost to himself, the farmer only whispered, “Maybe yes, maybe no.”

Once home the farmer made sure the stallion was safely secured before turning the horse over to his son to tame.  On the very next morning the son prematurely climbed on the back of the horse.  Instantly the animal became enraged, twisted and turned, and threw the son to the ground.  Unable to rise he discovered his leg was broken.  Quietly his father put a splint his leg, but it was clear that the son would require crutches for several months.”

It didn’t take but a couple of hours for the townspeople to hear about this new turn of events.  The next time the farmer went to town for supplies, nearly every one of the townspeople came up to him saying, “How very awful. You have indeed been unlucky.”

Humbly, all the farmer would say was, “Maybe yes, maybe no.”

A couple of weeks later a group of  soldiers rode into town.  They boldly announced that they were there to conscript all the young men of the village to go and fight the king’s war.  While all healthy young men were forced to comply, the farmer’s son was ineligible due to his broken leg. For days after the townspeople were quick to tell the farmer that he was an extremely lucky man.

As before, the farmer quietly replied, “Maybe yes, maybe no.”

I’m not saying it is easy, or that there aren’t challenges along the way. It also doesn’t help to deny the situation by pretending it isn’t happening or that it isn’t serious. But if we willing to face our challenges, do what we can to address them, and then admit to ourselves, “I don’t know enough to be a pessimist,” then chances are good that something beneficial will occur as a result.  Remember, it is SMART to know we always have a choice about how we view, and what we do next, in any situation.