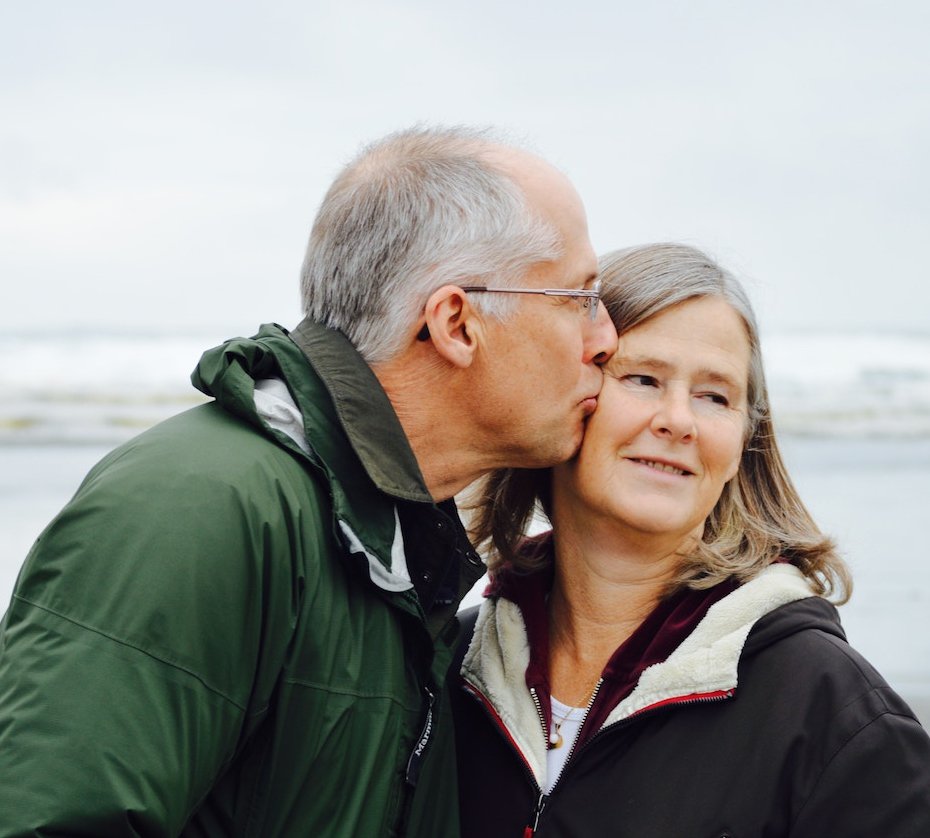 Last week I was chatting online with a friend named Barbara who just finished reading my book Positive Aging.  She was very complimentary so naturally, I asked her if she would please do a review on Amazon as a way to help the book get more exposure. Of course, as usual, I explained that I really wanted her honest feelings, not just compliments.  That’s when she admitted that the only question she had was whether positive aging was possible if a person had money problems.  That made me stop and think it through myself.  Does positive aging require money?  No doubt it might make things easier.  But in the end, just like with happiness, money can help but it is never a guarantee of either result.  With that in mind, I thought it would be useful to explore a few things that can either help or hinder a path to positive aging.

As I have written about before, after a certain basic income, all the money in the world doesn’t make a person happier. I believe aging is the same.  A couple of weeks ago Thom and I sat sharing a coffee at the local coffee house.  We were chatting about something we’d recently read when a man walked over and started talking to us.  I don’t know how much he heard of our previous conversation or if he just watched us as a couple, but he started by asking if we would answer a question.  Then, for the next 45 minutes Mark (not his real name)  proceeded to tell us about his life.

Mark is, according to his estimation, a successful lawyer in LA with his own law practice.  He let us know that he makes over $500,000 a year, has a large, impressive home in a desirable neighborhood, and a second home in a country club here in our desert community.  He is married to a beautiful woman and has three kids—two in college studying to be lawyers and one (a deadbeat—his words not ours) still living at home.  He turned 60 a year or two ago and stays very active and healthy.  On the surface, it sounded like he had every advantage.

That’s when things got interesting.  Within minutes we knew that he was worried about getting older.  He admitted to being almost fanatical about exercise and the need to stay active in order to fight off the inevitable.  A big part of his problem was his wife.  She didn’t like the desert so refused to visit.  She also didn’t eat healthily or exercise and just wanted to stay at home in LA. For that reason, he was spending a lot of time with a younger woman (another lawyer) who also enjoyed staying active.  And as far as the law practice went, he was bringing in some new partners, so he didn’t have to work so many hours maintaining his income.

Okay?  Even after his true confessions, it wasn’t obvious what Mark really wanted or needed from us.  But in some ways that made it easy for us to be blunt with him.  We asked, “If he wasn’t happy with his wife, who was he fooling by staying in an unhappy relationship?”  His answer?  He had had an affair a few years ago but his wife had begged him to stay and try to work it out.  Of course, that led to one of the real reasons he stayed married—he explained that it would be very expensive to divorce.

Obviously, money was an issue for him.  When Thom asked him straight out, “Out of the half a million dollars that you make each year, how much are you saving?”  He answered with a frown, “Nothing.”  So between maintaining two households (not to mention two women), raising his kids, and living very well, he had nothing left over.  Meanwhile, he was aware that the clock was ticking and he couldn’t figure out how to make it stop.

Thom and I are not counselors and we didn’t pretend to be.  All we did was ask him a few questions and listen to his answers.  What became fairly obvious before our conversation ended was that a big part of his problem was that he didn’t want to take responsibility for how his life was going. He was working hard and spending every dime he made maintaining a lifestyle that was unsustainable.  Even worse was the belief that the majority of his problems came from his wife, although he repeatedly told us what a good woman she would be to grow old with—clearly a concern because his girlfriend was over 20 years younger and would never stick around if times got tough—again, his words.

The reason I am sharing this conversation with Mark is that it provided a perfect example of how money does not automatically lead to happiness or positive aging.  In contrast, this last week we had dinner with Thom’s client Bernie and his wife Maureen.  As I’ve mentioned before, Bernie is going to be 95 in September and his wife will turn 94.  Not once during dinner did they complain about the fact that Bernie now finds it necessary to use a walker to get around or that Maureen isn’t driving much lately because she has gotten into a few too many fender-benders.  Instead, we talked about their three successful and happy grown children, a little bit of business  (real estate investments), and even politics (we all have similar viewpoints).  And oh yes, we talked about an article Maureen (who is an avid reader) read recently about positive aging.  She even cut the article out of the New York Times, so she could share it with me.  What a difference.

Now I’m not blind and I know that some people struggle to pay bills regardless of whether they are older now or not.  Not having money for a basic living is difficult no matter who you are. I also know some people who wake up every day and face grim health conditions.  Understandably such people face far more challenges than Mark, or Bernie and Maureen.

Yet, in contrast, I can’t help but remember my own father who lived the last couple of years of his life on social security.  By living frugally, he had managed to buy a modest, free and clear mobile home in a decent area and kept his expenses minimal—even as he nursed my mother through a stroke, Alzheimer’s and eventually cancer.  Throughout it all, he continued to maintain loving relationships with his family and spent several days a week playing pool with his buddies at the local Elks lodge.  Although eventually diagnosed with advanced prostate cancer, Dad still managed to enjoy life and never complained about getting older or not having as much money as others.  It’s true he was extremely depressed when mom passed away.  But six months afterward he hooked up with a widow of an older family friend and spent the last two years of his life joyfully in love. I’m convinced that it is our attitude and perspective that determines how our future unfolds—and the only people in charge of that is us.

I also believe that a big part of the problem is how we compare ourselves constantly to others.  There will always be people who have more money than I do and appear to have advantages that I don’t (health-wise, income-wise, position-wise, talent-wise, work-wise, etc.)  So, if I compare myself to them I will always fall short and feel deprived.  By the same token, if I compare myself to those less fortunate, I can make myself feel unworthy or guilty because I have so much more.  I don’t personally think that my comparing myself to those more fortunate is any better or worse than comparing myself to those with less—but that the amount of torment or peace that I can generate for myself by that comparison lies within my control.  Of course, please note that I’m not saying that we shouldn’t try to help those less fortunate, but my making myself miserable or ashamed out of guilt won’t help them at all.

In my opinion, The most important characteristic of positive aging is our mindset.  Just like the professor Randy Pausch said before dying at age 47, “It’s not about the cards your dealt, but how you play the hand.”  And yeah, that means admitting that life often isn’t fair and sometimes horrible things happen to very good people.  What is important is that we keep doing what we can, with what we have, where we are.  That applies to staying healthy, aging well, achieving as much happiness as we can manage, and doing what we can to be of service to others and the world.  And maybe, just maybe, it is SMART to remember that real wealth is loving others and living the best life we are able.