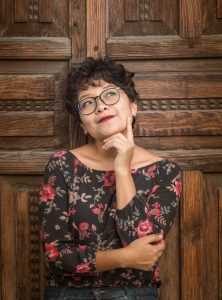 In another lifetime I am certain I would have become a social scientist.  I love learning about why I and other people think and do things like we do.  So naturally when I stumbled upon a new interview of author and Wharton Business School Professor Adam Grant, I couldn’t wait to hear his thoughts.  Just to be clear, I haven’t yet read his new book Think Again—The Power of Knowing What You Don’t Know.  But I was so excited about his ideas from several interviews that I simply couldn’t wait to put some of them down on paper and share them with you.  Call it cheating if you want, I like to tell myself I have yours and mine best interests at heart.  Undoubtedly, that is just another example of how we can easily fool ourselves into believing what we believe is true for everyone.  So yes, there is power in being willing to know you can’t be certain about those many things you think you know.

Let’s start with the idea that most of us believe that intelligence is highly desirable.  Grant challenges that assumption because he  says that a far more critical skill might be the ability to “rethink” and “relearn” things.  Unfortunately most of us (yeah, me too!) don’t like thinking too hard about things.  Or, if people challenge our thinking we often see it as a threat to our egos (who me?) rather than a learning opportunity.  If we continue to just hang around with those that agree with us, our thinking gets brittle—considerably more quickly than our bones (who wants that?)  In fact, Grant is convinced that in some ways the “smarter” we think we are, the worse we are at rethinking and have blinders on about our own mental limitations.

I think as the last couple of years have shown us, just trying to convince those who disagree with us that they are wrong, doesn’t work that well.  Research shows that even when you offer what you believe to be convincing facts to the other (we judge as wrong) person, they seldom change their minds.  According to Grant that is because what they are doing is exactly like what we are doing, becoming one of three metaphors (or the Three “Ps”) for how we address other people:

The first two types of people tend to get activated when they feel any resistance from others to their ideas.  Unfortunately, according to Grant they aren’t really thinking—they are just resorting to automatic pilot and attempt to show you they are right and you are wrong.  The Politician appears more flexible in their thinking and easier to get along with, but their true motivation is to fit in, be liked or to get your support. In other words, they aren’t really thinking either.

Regrettably I see a little bit of each one of these approaches in my own thinking.  The more I care about the subject/topic, the more likely I am to become them.  Just knowing that I often resort to being a prosecutor makes me want to do better in the future.  Besides, I would rather be known as someone who allows her mind to be provoked, flexible and relearn things, than to be fossilized with the mind that thinks it knows everything to being with.

Grant makes a strong case for us all to challenge everything we believe.  He advocates that we approach our thoughts and beliefs like scientists proving our theories rather than warriors defending our honor.   He is also a big fan of humility.  He says, “If knowledge is power, knowing what we don’t know is wisdom.”  And while that might make sense, living that on a daily basis especially with people or ideas more challenging is likely more difficult.  That’s why he offers several suggestions to keep us rethinking and relearning what we know.   Some of his advice includes:

Grant offers many specific examples of the value of an open mind that can rethink and relearn in both the home and at the workplace.  He is also adamant that cultivating flexibility, humility and curiosity are far greater attributes than a foolish consistency.  Sure it is nice to think we know things, but if it doesn’t lead to wisdom, is that really what the world needs now?  I remain intrigued by what Adam Grant details in his book so much so that I still intend to buy and read it.  In a world that is changing rapidly and so quickly, it is likely SMART to remember that most of us don’t know nearly as much as we think we do.  But we can always rethink and relearn!