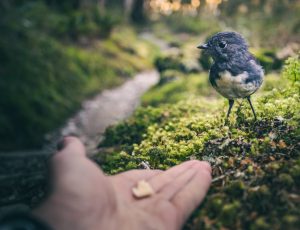 I’m not sure why I requested a review copy of the book Trust & Inspire—How Truly Great Leaders Unleash Greatness In Others by Stephen M.R. Covey, but I did.  Like many of you, I don’t have a business or employees.  Not only do I not manage other people, I sometimes don’t seem to manage myself that well either. But I do deeply admire the author’s father—the late Stephen Covey author of 7 Habits of Highly Effective People, so the name caught my attention.  And when I think about it, the idea of trust has been on my mind as well.  Do I truly trust myself to do what I say I will do?  Do I trust those around me?  Do I trust the products I buy and/or the businesses that sell them?  Do I trust my government?  As Covey points out, if trustworthy people don’t see others as trustworthy (even if they are) then trust is absent.  And is that the kind of world I want to live in?

Right from the start Covey explains that we are all leaders in our own world.  This is true whether you have children or run a corporation.  Sure, it is more obvious when you have a title in a business that signifies you are in charge.  But every person who is a parent, a teacher or offers guidance or collaboration with others is in the position to lead.  How we do that is likely either one of two main approaches:  1) Command & Control; or 2) Trust & Inspire. Unfortunately, the majority of leadership falls under the well-known Command & Control model. However, as Covey says, “The world has changed—but our style of leadership has not.”

And lest you think that doesn’t apply to you and me, Covey states that the majority of leadership in families and other organizations we belong to (civic groups, schools, churches, etc.) still operate as Command & Control.  Any time we (or the group leader) attempt to control or insist on compliance or efficiency from others, our intent is to command and control.  Any attempt to motivate others to fulfill our requests by barking out orders, or with the traditional carrot-or-stick method, our goal is to achieve obedience.  The saying, “My way or the highway,” or “Father knows best,” is pure Command and Control.  And I don’t know about you, but the family I was raised in fit that to a tee.

Yet as Covey says, we are now living in a different world.  People no longer want to simply be controlled like pawns on the chess board.  Rather than nicely (or instead unkindly) being motivated to perform, people today want to be inspired.  Rather than being told what to do and then expected to blindly comply, we want to be involved and trusted to contribute and create.  With change occurring in our world at whirlwind speeds, we no long wish to be mere cogs in a wheel churning out what leaders insist on requiring.  Instead, most of us yearn to collaborate, to transform, and to co-create.  We want to be led, not managed. At least I do.  What about you?

On the flip side is the Trust & Inspire Leadership model.  A core value of this approach is believing in the inherent greatness that exists in each-and-every person.  Once you hold that perspective, the goal is to unleash that potential by empowering, engaging and inspiring them.  Obviously, it is necessary to start with trust as a guiding principle.  A metaphor that Covey uses repeatedly is that a Trust & Inspire Leader is more like a gardener, while the Command & Control Leader is more like a machinist.  While they both might have a job to be done, their innate intentions and how they carry out the task makes all the difference.  So, while all leaders might have a list of chores to be completed, would you rather one stood over you with a predetermined list of demands, or one who trusts you and works with you to complete the necessary tasks?  Again, I know which I’d prefer.

A big part of the problem is that we are all so conditioned to believe that Command & Control is necessary and even the best way to get things done.  That is because it has become such a part of the culture that we can’t often see how it didn’t work that great in the first place.  Sure, a C&C Leader might have forced us to comply, but even if we did it was often with resentment.  Usually that type of leadership is also transactional.  I’ll do what you say for a paycheck but don’t expect anything more of me.  I’ll follow the rules you lay down, but the minute I can I’m leaving.  I might owe you for what you do for me, but don’t expect me to love, trust, or respect you in return.   A big part of the reason people aren’t staying in jobs, organizations or even relationships in our world today is because if we are treated as an untrustworthy and replaceable part in a machine, our loyalty is nonexistent, and we move on for greener pastures.

Which brings us back to trust.  Covey is clear that we all want to be trusted.  A problem is, while we tend to think that we are trustworthy—we often do not extend that trust to others.  Why?  Because a Command & Control Leader has many fears.  Fear that they will lose control.  Fear they will be replaced, or heaven forbid, found to be a fraud.  Fear that they will fail to get the job done.  C&C leaders believe that there is only so much good to go around and if you don’t demand and require your share, you will fail.

Trust & Inspire Leaders are the opposite.  They not only believe in the inherent greatness within their people, they also believe in an abundance of life. To them innovation is a team sport where everyone wins.  When you believe and trust in the people in your life (family, groups, business) then that inspires them to be all they can be, and again, it’s a win-win for everyone.

Of course, Covey is realistic and says that being a Trust & Inspire leader, parent or anything isn’t always easy.  It might seem that you just sit back and let others do whatever they want and accept the consequences.  No.  Instead, a T&I Leader starts first with their own intentions, fears and lack of trust, before they can extend it to others.  They see their leadership style as a “steward” rather than boss.  They model the behavior they wish to see in others, and work to unleash potential rather than exert control.  Rather than micro-manage or “helicopter” those they live with or work with, they trust the others to co-create and collaborate with them.

At the same time, they also honestly open-up about their intentions, needs and the needs of the organization.  Authenticity is essential and so is revealing your agendas.  They listen carefully to the needs and necessities of everyone within the “team” and collectively attempt to include that in the necessary outcome.  They extend trust consciously—with clear expectations and accountability.  So, unlike Command & Control leaders, this might not be the fastest approach to getting things done, but it is by far a more effective because it instills teamwork, engagement and commitment.

Still, as Covey says, “The idea that you can have two trustworthy people working together and no trust between them continues to be one of the biggest challenges I run into when working with people.”  He claims this challenge exists in the highest levels of leadership down to families and everything in between.  Covey believes that most people are trustworthy—even Command & Control Leaders.  The problem is that while we usually think we should be trusted—we don’t automatically assume others deserve our trust.  Why? Some hold the belief that trust must be earned, while at the same time others believe it is simply a given.   Covey asserts that trust is actually both—earned and given at times—but unless we are willing to start with what he calls “smart trust,” we stay stuck in fixed mindset of fear and distrust. According to Covey, by first extending trust to others, we automatically generate a trusting environment that grows and builds.  He says yes, “there is risk in trusting others (if there were not risk, you wouldn’t need to have trust).  But—and this is vital—there is also risk in not trusting people.”

The book also helped me to look more deeply into trust on a personal level. Last year my WOTY (word of the year) was “Trust.”  While I of course worked to trust others more, I primarily worked to trust myself more—my intuitions, my inner being, that still small voice within me.  And while I made progress, I am aware that this is an ongoing process and this book helped me focus on it in a new way.  Is my trust intrinsic or extrinsic? Is my first inclination to offer trust (both to myself or others) or do I expect it to first be earned? How trustworthy am I?

Obviously, there is much more in the book about both forms of leadership and even one that is slightly in the middle of the two.  Yet Covey reminds us that, “As organizations and as a society, we have become very good at measuring the cost of trusting too much, but we’re not very good at all at measuring the cost of not trusting enough.”  Again, Covey admits that not all trust should be a given, he also claims that “Research shows that people who are trusting are happier, healthier and live longer.”  After reading this book I now believe it is SMART to work toward being more inspiring and trusting in all my relationships—for my sake, as well as those around me.