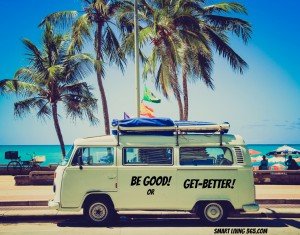 A couple of months ago I received a recommendation on Amazon that caught my eye.  The title was Succeed—How We Can Reach Our Goals by Heidi Grant Halvorson, Ph.D.  Frankly, the title didn’t impress me much.  Haven’t we all read too many books that claim the same thing, only to nod in agreement while stifling a yawn?  What hooked me instead were the reviews.  Dozens of reviewers said, “It’s a smart, fun, highly practical look at what we ‘scientifically’ know about setting and achieving goals.”  As a person who enjoys learning why people do what they do (or don’t do what they should do), this book backs up its claims with scientific research.  And while the pursuit of goals is the focus of the book, it is done in terms of behavior psychology and research. In fact, a key strategy to learning how a person pursues a goal is to discover whether they like to “Be-Good” or “Get-Better.”  That choice says a lot about us and often determines whether or not we eventually succeed.

So what’s the difference?  A person with Be-Good mindset approaches a goal with the intention of letting others know that they have the ability to do what is being asked of them and that all they have to do is prove it.  A person with a Get-Better mindset is focused on developing their abilities and learning new skills.  As Halvorson says, “You can think of it as the difference between wanting to show that you are smart versus wanting to get smarter.”

In many ways the Be-good and the Get-better mindset mirrors the perspective of Carol Dweck in her work on the “fixed” versus the “growth” mindset.  While I don’t need to repeat what I said in my earlier post, it is important to remember that a person can either perceive their abilities as being set from birth, and that they need only to be demonstrated (fixed), or as something that is flexible and can be developed and enhanced (growth).  Whichever mindset a person chooses can often determine their success and happiness during their lifetime.

Going further, Halvorson explains in detail how a Be-Good perspective differs from a Get-Better perspective in terms of achieving goals in day-to-day life.  As the term Be-Good implies, a primary focus of a person with this intention is to constantly look outside themselves to confirm their success.  Comparison is therefore a bigger problem because a Be-Gooder always needs to check their performance with everyone else to see how they size up.  Meanwhile, someone with a Get-Better perspective is more into self-awareness and personal progress as they proceed along the path of change.   Unfortunately, because I frequently struggled to be the “good daughter, good wife, good person” as a young woman, the limitations of the Be-Good mindset were all too familiar.

One of the more interesting ways to compare these two perspectives is in the terms of birth-order.  In research by Halvorson, firstborn siblings were “significantly” more likely to have Get-Better perspective using self-referenced standards.  On the other hand, second-born children were more likely to pursue Be-Good goals with a tendency to compare their performance to others.  Again, as a second born sibling, my tendency towards the Be-Good attitude was set early on.

More insight on this mindset comes from the student achievement studies that compare Asian students with American students in terms of science and math.  Ever since 1995 when the tests were first administered, American children have significantly been outperformed by peers in China, Korea, Singapore and Japan.  Why? According to Halvorson the answer is simple, “Americans believe in ability, and East Asians believe in effort.” In other words, ability is a Be-Good approach while effort is a Get-Better approach.  Research of these differences show that Americans typically believe failure occurs due to lack of ability, training, luck and effort. On the other hand, Chinese mothers believe failure is mostly just “lack of effort.”

Because Americans tend to place such a large emphasis on measuring abilities (i.e. standardized testing, IQ tests, etc.) we primarily emphasize Be-Good goals for our students and that is playing out on a global scale.  On a personal basis I never felt I was “good” at math in school so never applied much effort. The truth was, because I never tried to expand my knowledge in math (English was so much easier), I have no idea how well I could have done if had made the effort to learn.

So why does knowing about this help us on a day-to-day basis?  As Halvorson says, “goals are like lenses in a pair of glasses.  The goals you pursue determine not only what you see but how you see it—the things you notice and how you interpret what happens to you.”  For that reason it is very important that we recognize our mindset and figure out ways to insure that our goals reflect what will more likely bring us closer to that which will make us happy and fulfilled.

For example, what do most students hope to get when they go to college?  Chances are good that if you ask any student what they want to achieve they will say that they want to get good grades.  But now that we know “good” grades are the goals of a Get-Good mindset, it’s easy to see how that sets us up to compare ourselves with others and to strive to prove that we are smart.  Instead, a Get-Better approach gives us the option of saying our goal is to learn as much as possible about our area of study and ourselves—and to enjoy the journey along the way.

There are also a number of other striking differences between the two mindsets.  A person who is focused on Be-Good can be very motivated to achieve success.  It’s easy to see how comparing ourselves to others can drive us to push ourselves.  But research shows that while it can create excellent performances, if things become too difficult it often leads a person with that mindset to completely give up rather than continue.  A person who spends his or her life striving to Be-Good feels like a failure when things get tough.

Meanwhile, a person with a Get-Better mindset takes difficulty in stride.  They use their challenges to improve themselves and their resilience allows them to face just about any difficulty.  And as said before, those with a Get-Better mindset also tend to enjoy the journey more—no matter what the goal.  They aren’t trying to prove anything to anyone else, only to see how far they can go.  They also have fewer problems with asking others for help because again, they aren’t as worried about what others think of them.

Another interesting fact is that students that spend a lot of time trying to Be-Good are more likely to get depressed than those who consistently focus on getting-better. And the more depressed the be-gooders got, the less motivated they felt. On the flip side, students with a Get-Better approach actually stayed much more motivated.  As Halvorson said, “if you focus on growth instead of validation, on making progress instead of proving yourself, you are less likely to get depressed…And you are less likely to stay depressed.”

While most of this information seems relatively simple, the implications are huge.  As the second born in a family with three other sisters I am all too familiar with comparing myself to my siblings and the goal to “be good” as much as possible.  In school I attempted to prove myself with good grades and validate myself with good behavior.  I never once remember being told to enjoy the journey and to appreciate and enjoy my enormous curiosity to learn for the sake of learning.

The good news is that the Be-Good and the Get-Better perspectives are mindsets that can be changed as we go—and there are dozens of benefits to the process.  The first step is to remember that we do have the choice.  The second is to keep in mind that a good life is about the journey rather than the destination. Next, if we can stop comparing ourselves to others and trying to validate our very existence, we will learn to appreciate the unique character that we are. Beyond that, by accepting that your abilities are tied to the effort you put forth rather than your fixed talents, you will be able to accomplish so much more than otherwise. Plus, challenges will no longer seem as threatening; they become mere stepping-stones to more growth. Finally, when we discover that mistakes don’t make us a failure, we can learn to appreciate our newfound skills and gain valuable information.

I accept that I have spent too much of my life in pursuit of Be-Good goals.  Fortunately I now know how SMART it is to realize that every one of us can grow and change anything that no longer serves us.  And yes, that’s a sure way to succeed!