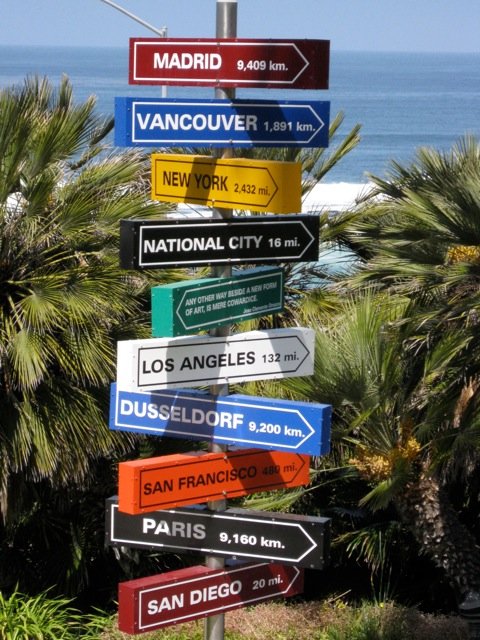 Where are you going? Don’t know…

There is an old Zen story that uses the comments, “Where are you going? Don’t know,” to make its point.   For those who may not know, Zen is an ancient spiritual practice related to Buddhism that frequently uses stories, parables or “koans” to explain and deepen its teachings among followers.  Many koans are paradoxical and used to shock the mind into enlightenment.  So, when you hear a Zen Koan for the first time, it may not make any sense at all.  However, at exactly the right time and place, the truth behind it suddenly becomes clear.   That’s what happened for me after a few recent events.

The story goes something like this:  A wise old Zen Master was out taking his daily walk into town when he was approached by a military regiment making rounds through the countryside.  The general, upon seeing the old man on the side of the road, galloped his horse up to the man with a flourish and demanded, “Old man, where are you going?”  To which the old man calmly replied, “Don’t know.”

Now the general was used to others cowering before him.  He was annoyed with the old man but merely scowled and turned his horse and galloped away in a cloud of dust.  The old man continued his walk.  Several days later, the old man was once again walking down the same road towards town.  The general and his regiment were also making rounds and galloped up beside the old man.  Loudly and in a commanding voice, the general said, “Old man, where are you going?”  To which the old man politely replied, “Don’t know.”

The general was in a bad mood and he was not happy with this response.  He began to curse the old man for not answering his question more specifically and even pulled out his whip to strike the old man.  However, just then a lieutenant leaned over and whispered to the general that they were past due to take care of urgent business in the next town.  Swearing even more loudly, the general kicked his horse and abruptly galloped down the road in the opposite direction.  The old man calmly continued walking into town.

A week later, the same old man was walking down the same road when the general once again approached on horseback.  With a determined smirk on his face he galloped up to the old man and blurted out, “So old man, where are you going today?”  The old man looked serenely in the face of the general and said, “Don’t know.”  With a curse the general yelled to his lieutenant with, “Take this insubordinate old man to jail immediately.“  When ordered, several men jumped off their horses, bound the old man, and dragged him into town and locked him in a local jail.

Later that same day the lieutenant visited the old man in jail and saw that he was given a bit of food and water.  He wasn’t sure what would happen to the old man and wanted to make the experience a bit easier if possible.  Besides that, he was curious.  After giving the old man a sip of water he asked, “Old man, I don’t understand why you made this so hard on yourself.  Why didn’t you just tell the general where you were going?”   The Zen Master looked into the compassionate eyes of the lieutenant and said, “Young man…I told the general the truth.  You see, even though I thought I was walking into town, I didn’t really know where I was going to end up today.  And now…as you can see, I am in jail—and that I did not know.”

The first time I heard this story I frankly thought it was a bit annoying.  Yeah, right.  So, it isn’t that hard to figure out that the old guy just didn’t know because he wasn’t sure what the general was going to do.  Okay fine.  But why didn’t he just say that?  Of course, a large part of the story has to do with the intention of the old man while he was saying, “Don’t know.” He wasn’t trying to be a smart aleck, make the general mad, or be a martyr.  I have come to believe he was making the statement from his innermost being and stating an awareness that most of us seldom acknowledge.

What it comes down to is that even with the best of intentions, we “don’t know” where we are going most days.  And I’m saying that as a person who is big on intentionality.  I believe that we set our intentions—call them goals, resolutions, to-dos, or whatever—and then we experience the flow of Life.  Many times our intentions take root, grow and then out-picture in our experience.  But let’s face it, other times things happen that are completely outside of our control—and then we have no idea what is going to happen or where we are going.

For example, Thom and I rented a condo in Carlsbad on the ocean for the month of September.  It is cool and beautiful here and a great change from either the mountains or the desert.  And while we plan to have a relaxing and wonderful time here—since we’ve arrived there has been an unexpected fire in the condo right next door, a few days later the power for the entire Southern California region went out for almost eight hours, and today the neighbor next door is in the middle of (loudly) rebuilding his patio while I am attempting to write this.  Now luckily none of these events are tragic in our case, but yes, a couple of them contained potential for great damage.  And you can bet I didn’t plan or intend for any of it to happen.  If someone had asked me in advance where I was going—the only honest answer would have to be “I don’t know.”

Now I like to know where I am going as much or more as the next person.  But let’s face it—life is more mysterious than my best planning allows.  And often, the deeper the mystery—some would call it grace—the greater the treasure.   But, instead of trusting that something even better or amazing will come out of any situation that happens by surprise—many of us stubbornly cling to how we think it should be.   When that happens, we refuse or ignore any gifts hidden in the new possibility, and dwell in the land of frustrated and unfulfilled expectations.

Face it—on any given day you or I don’t know where we are going or what will happen.   Today you might meet the love of your life, or you come up with an idea that transforms the world or makes you a million dollars—or your day might go exactly as you planned it.  Either way, if someone asks you where you are going, the most honest and SMART answer is, “Don’t know.”

“I wanted a perfect ending. Now I’ve learned, the hard way, that some poems don’t rhyme, and some stories don’t have a clear beginning, middle, and end. Life is about not knowing, having to change, taking the moment and making the best of it, without knowing what’s going to happen next. Delicious Ambiguity.”  — Gilda Radner