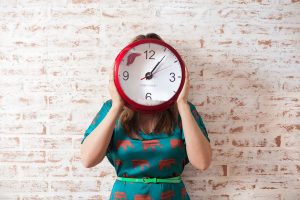 At the beginning of every new year I face a big temptation to start planning how I hope my year will unfold.  Even after COVID hit in 2020-21, I managed to chart out certain activities that I knew would be enjoyable and meaningful.  Some happened—some didn’t.  Now at the beginning of 2022, I find myself drawn to my usual pattern, but this year is a bit different for two reasons.  First is because I found myself hesitating a bit when it came to travel planning this summer after my recent health scare in Mexico.  Second is because I came across an interview of an author with a new book that challenged my perception of time and how we as humans often have a very dysfunctional way of dealing with it.  Since listening to that first podcast and several others, I’m beginning to see time in a new way and how that can lead to creating a more peaceful and meaningful life in the future.

I’m not alone in my struggle with accepting the limits of my often-flawed relationship with time.  According to author Oliver Burkeman, the author of 4000 Weeks—Time Management for Mortals, most of us view time as a commodity.  We have it, we spend it, we waste it, or we use it.  (4,000 weeks refers to the average lifetime.) Specifically, any of us who strive to manage it (in other words control it) like to believe we are eventually going to master it.  Instead, as Wikipedia claims, “Time is the continued sequence of existence and events that occurs in an apparently irreversible succession from the past, through the present and into the future.”  Burkeman likes to equate it to a flowing river.  So, we are either going with the flow or doing our best to stop or contain the river?

Why?  While there are several reasons that most of us like to think we can “control” our time, Burkeman explains that it is mostly an unconscious attempt for us to avoid realizing that our time as humans is finite.  That’s right, even though most of us accept that we won’t live forever, we still resist the reality of it.  Some part of us still wants to believe that if we manage it perfectly it will “buy” us more time and we won’t have to face that human limitation.  He writes, “Sadly, though, no finite human being has ever won a fight against time. We just get the limited time we get, and the limited control over it that we get. And if you spend your life fighting the truth of this situation, all that happens is that you feel more rushed and overwhelmed and impatient – until one day time decisively wins the fight, as it was always destined to do. (In other words: you die.)”

Another big part of our struggle with the limits of time is that it forces us to realize that we will never have enough time to do it all, have it all or be it all.  Instead, we must make choices, sometimes very hard choices, about the things we do and the things we don’t.  And truth be told, most of us will avoid the uncomfortable choices most of the time.  For example, say you always dreamt of writing a book. It’s important to you.  But you also believe you must spend time with your loved ones.  Which do you choose?  Even if you try to “manage” a bit of both, it is still quite possible that you won’t do either of them as well as you hoped.  Throw in a few more things you say really matter to you and some thing(s) have to give.  All the time management in the world won’t solve that problem.

So rather than face those frequent choices we all face every day between doing what we say matters to us and turning down lessor choices, we often just distract ourselves with random busyness.  Social media anyone?  Often, rather than having that difficult conversation with a loved one or facing the discomfort that comes from learning something new and challenging, we spend all day answering emails from people we barely know and are “too busy” to getting around to what is most meaningful to us.

While the ideas that Burkeman speaks about is much more detailed than I’ve explained here. What it did was ask me to question my own relationship to time.  One of the most obvious was in relationship to planning.  According to Burkeman, planning can be an avoidance technique that causes us to focus on the future instead of embracing the moments of today.  And perhaps most problematic is the fact that it helps create the illusion that we just might be able to do it all (have it all) and not have to make those really hard choices that come from being a finite being.

Think about it.  If you can plan/imagine that sometime in the future you can be as fit and healthy as people half your age, invest and save all the money necessary for a privileged retirement, spend the perfect amount of quality time with loved ones, be a dedicated climate-change activist, and still write the great American Novel, there is a good chance that you won’t be successful at any of them. To accomplish any of these well, we have to say no to others.  But just putting it on our to-do list or vision board, we can fool ourselves into thinking we will eventually have “time” to do it all and are currently spending our lives in the best way possible.  Burkeman says no.  In fact, like I mention above, chances are good we will simply distract ourselves over and over rather than face the uncomfortable choices that excelling at even a couple of those require.

While I believe that I usually make an effort to focus on what matters most to me on a regular basis, I did agree that sometimes living in the future (with my planning) allowed me to live an illusion.  Instead of recognizing the preciousness of today, I often fanaticize about what I hope will come about in the future.  And at the same time, I sometimes distract myself with busyness rather than face difficult choices.  After all, it’s impossible to go everywhere, see everything and even then, sometimes stuff happens to mess it all up.

Plus, I also found myself avoiding making certain decisions about some of my travel plans for this summer.  This normally comes very easy to me. That’s when it occurred to me that my hesitation was coming from a desire to not choose.  I was using it to avoid facing the fact that for any of us, we can’t control what could happen in the future. Could I have a health issue again? Yes.  Could something not work out?  Yes.  If I don’t decide, it allows me the illusion that I can avoid any problem. At the same time, not doing is as much a choice as doing. Planning isn’t the problem, as long as we aren’t using it to live solely in the future or avoid reality.  At the same time, lack of planning can also be an excuse to play it safe and avoid living in the now.

Burkeman’s advice?  Accept that we are limited and that we can’t do it all.  That isn’t an excuse not to do things that matter to us. Nor is it an invitation to say “Carpe Diem” and cram our lives with meaningless adventures. But it is asking us to face that we are limited and finite and that we will have to make hard choices if we want to accomplish what really matters to us.   And rather than FOMO (the fear of missing out) we embrace JOMO (the joy of missing out).  Just consciously making the tradeoff for what we truly want versus sort-of-want will bring peace and acceptance. Plus, it’s likely that our decisions will be of higher quality when we accept that we can’t do everything in this increasingly busy world.

Burkeman recommends that we think of our lives like a menu.  It’s impossible to eat everything on the list. But we can pick and choose those things that matter most while we are sitting in the restaurant of life enjoying the day.  The SMART thing to do is to let go of trying to master time and just let it flow towards a meaningful experience.   My intention for 2022?  To consciously select what matters most to me and to be grateful for what I’ve chosen.