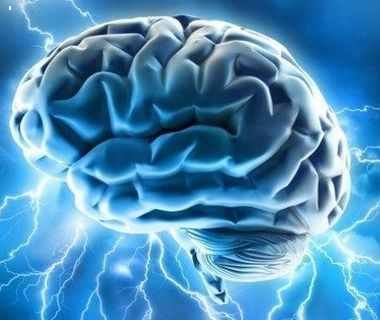 Some of the most encouraging information I’ve found since I began writing about aging is that much of what we’ve assumed isn’t necessarily true.  I confess that when I was younger I thought old people were “over the hill” as far as reaping the benefits of life.  Even if they looked like they were doing well, surely the reality was far less superior than my youth? I was wrong.  While there are advantages to being young, there is an equal number of benefits to getting older.  I’m not suggesting that everything is perfect—at either age—but making the right choices and with the right guidance, many potential problems can be avoided and rewards enjoyed.  What is true, with even as something as frightening as the potential for Alzheimer’s or dementia, is that there are lifestyle choices that you and I can make today that can help to reduce the risk.  So instead of pretending or denying that such a possibility exists for many of us, isn’t it SMART to study up on current research that offers the most hopeful perspective? I sure think so!

In case you are wondering, I do have some personal experience in this area.  My father-in-law Ken, experienced dementia in his late 70’s and didn’t even know who Thom was when he died a couple of years later.  My own mother Alice was diagnosed with moderate Alzheimer’s in her early 70s.  She passed away at age 73 after a stroke and cancer, but what we did see of the disease wasn’t pretty.  While I consider myself a completely different personality and body type than any of my parents,  it would be foolish to ignore what that could mean for my future.

But rather than simply sit back with my fingers crossed, hoping that my fate is different from my mom’s or my father-in-law’s, a new book offers promise.  That book,  The Alzheimer’s Solution—A Breakthrough Program To Prevent and Reverse The Symptoms of Cognitive Decline at Every Age offers us hope, but it’s not without challenges.  It turns out that we might be able to prevent and even reverse the symptoms of diminished mental capacity, but it isn’t as simple as taking a pill or doing a crossword puzzle every day.  If we want to accomplish what the authors Dean and Ayesha Sherzai, M.D.’s believe is possible, we must follow a rather rigorous brain-healthy lifestyle plan in order to accomplish it.  And that is where the challenge arises.

Interestingly enough, some of the suggestions in the book are very similar to other remedies for living a long and healthy life.  Like many offered in The Blue Zones or The Longevity Diet, most of the recommendations are familiar. But the Sherzai’s don’t stop with diet.  What husband and wife team Sherzai believe is that “Alzheimer’s disease and overall cognitive health are deeply influenced by five main lifestyle factors.”  Those five lifestyle factors are:

The Sherazi’s are co-directors of the Brain Health & Alzheimer’s Prevention Program at Loma Linda University Medical Center in Southern California.  Although they started their medical degrees like most doctors with a “mechanistic view of Alzheimer’s,” they gradually realized that approach “didn’t consider the whole person, the whole disease, the whole complex process over time.”   Rather than staying stuck in a “disease-based system that had almost nothing to do with health” they started exploring all the studies they could find that investigated the connection between lifestyle and chronic diseases.  Rather than see Alzheimer’s as merely a product of malicious genes with nothing that could be done to prevent it, they have come to believe that “a brain-healthy lifestyle all but guarantees you will avoid Alzheimer’s disease.”

The book is filled with all sorts of research and studies related to food, exercise, sleep, meditation and other activities that can help to create a brain-healthy life.  A few of the most interesting ideas that caught my eye are:

Obviously, this book contains so much more than I can possibly share in this article.  But for those who have interest, this book is a great resource.  The authors include ideas that can lead to changing habits along with suggestions for everything from recipes to types of beneficial exercises, improved memory skills, and mediations.  As for my personal lifestyle challenges, I was pleased to see that I already include much of what is recommended.  My greatest room-for-improvement is increasing my movement each day, upping my aerobic exercise, and cutting even more meat from my diet (although I have already reduced it tremendously from time passed.)

Alzheimer’s or dementia isn’t something that I talk much about.  I don’t think others do either.  Like cancer and other diseases, we all would like to believe we can escape its presence in our lives.  The thing is, in some ways we can.  I would never say that we have complete control over everything that happens to us.  But on the flipside, my personal experience and everything I read suggests that we have far more influence over experiences and our health than we usually acknowledge.

I think it’s SMART to first admit that we do have choices and recognize that there are things we can do to help when it comes to our physical, mental and emotional health. Will we do it? That of course, is entirely up to us.

Okay your turn?  Have you ever worried about you or your loved ones slipping into dementia or Alzheimer’s?  Do you agree with this book’s claim about how we can avoid either?  Please share in the comments below about your thoughts….