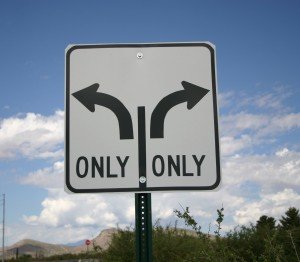 Have you ever heard the statement, “Argue for your limitations, and they’re yours?”  In case you’re wondering, that quote comes from a book written by Richard Bach titled, “Illusions: The Adventures of a Reluctant Messiah.”  When I first read it years ago I thought I knew what it meant.  What’s interesting is that I seem to need to learn that lesson over and over again.

Limitations, of course, are any excuses I use to hold myself back and not live the life I dream of living. Limitations are also the rationalizations we all use for doing or not doing something, or believing or not believing just about anything. The big problem is that limitations seem so real that we often think we have no choice but believe them.  Fortunately, there is now scientific proof that much of what is going on in our minds are stories we tell ourselves—that may or may not be, true. So if we are making up stories as we go along—why on earth would we invent stories that limit us and hold us back?

I think I do it, we do it, because we all forget that our conscious thoughts are largely a collection of perceptions, expectations, judgments and fantasy—not necessarily the truth.  In fact, as I have just finished reading the book, “Subliminal—How Your Unconscious Mind Rules Your Behavior” by Leonard Mlodinow, “…the subtlety of our reasoning mechanisms allows us to maintain our illusions of objectivity even while viewing our world through a biased lens.”   Mlodinow goes on to say,  “We choose the facts we want to believe.”

A big part of this phenomenon is a mental process called “motivated reasoning.”  Similar to a term called “confirmation bias” where we give unequal weight to any concept we already believe, motivated reasoning takes it to the next level because it involves our emotions.  According to the Skeptic’s Dictionary,  “Motivated reasoning leads people to confirm what they already believe, while ignoring contrary data.  But it also drives people to develop elaborate rationalizations to justify holding beliefs that logic and evidence have shown to be wrong.”  Motivated reasoning is an emotional survival skill that is so ingrained and instinctual that it operates automatically when confronted with new, alarming or conflicting information.

University of Virginia psychologist Jonathan Haidt explains the emotional urge rising from motivated reasoning as the difference between a scientist and a lawyer.  Most of us believe that when we are thinking, planning and arriving at conclusions we are like scientists gathering data and logically arriving at the highest, best and most truthful answer.  Instead, we are actually more like lawyers—we begin with a foregone conclusion in mind and then do our best to convince others (and ourselves) that all the real evidence supports that predetermined conclusion.  But our “inner attorney” doesn’t stop there–he/she will actually aggressively discredit any and all evidence that doesn’t support that set conclusion.  As Mlodinow says in his book, “The brain is a decent scientist but an absolutely outstanding lawyer.”

In other words, if we really want to believe we can or can’t do something—there is no one or no facts, no matter how logical or well researched, which can make us believe it!  Argue for your limitations and they’re yours.  As Mlodinow says, “Because motivated reasoning is unconscious, people’s claims that they are unaffected by bias or self-interest can be sincere, even as they make decisions that are in reality self-serving.” Obviously we can use motivated reasoning to think we know everything there is to know about something, or, we can use it to rationalize anything we don’t want to or can’t imagine doing in our lives.

Huge examples of the illusion of motivated reasoning exist on the national scale.  For example, remember the Radio Doomsday Church that was convinced the world was going to end on May 21st, 2009?  While most American’s laughed at their apocalyptic message, 350 of them paid roughly $23,000 each to buy a place in a bunker so they would survive the end of the world.  No amount of facts could persuade them otherwise. Crazy? In a more modern example, even though the National Academy of Sciences, the American Association for the Advancement of Science, the American Geophysical Union, the American Meteorological Society and 97% to 98% of climate experts around the world have concluded that human activity is largely responsible for Climate Change, more than half the people in the United States have managed to convince themselves that the science of global warming is not settled. Motivated reasoning works for or against us—and because it is tied to emotion, anything that brings up our fears and insecurities becomes even more suspect.

That’s why motivated reasoning is behind the excuses a wife will give for staying with a partner who is unfaithful or abusive.  It also motivates the rationalization that people use to stay stuck in a job they hate, put up with people or family that are insulting, or stay in any situation that is clearly not in their best interest.  Every one of us is deeply invested in our identity and protecting our sense of self, and because of that, if anyone tries to convince someone else of their bias, it can and often does backfire so that the person grasps their wrong views even more tenaciously.  Another interesting fact is that the intelligence and education of a person doesn’t help them see through their motivated reasoning to the truth.  Instead, the more education or intelligence of the person resisting the new information, the more sophisticated the rationalizations and counterarguments.

Want someone you care about to hear your side of the story or hear your advice?  Then the best way to avoid kicking in their motivated reasoning is to make sure you present it to them in a context that doesn’t trigger a defensive, emotional reaction. According to Dan Kahan, you don’t lead with the facts in order to convince, you lead with values—so as to give the facts a fighting chance.

I have no idea what excuses you routinely use to keep you from doing what you dream of doing or becoming. Shoot, I can barely get clear of my own. What I do know now is that we need to continually challenge what we believe to be true and to be willing to be wrong regarding just about everything we hold dear.  And perhaps it is also SMART for us to attempt to listen to the messages we hear from others—not defensively or reactionary—but to honestly listen to determine if what they are saying is something that will benefit us from knowing about ourselves.

What it comes down to is the realization that motivated reasoning makes all our certainties suspect.   If we truly want to learn to live our dreams, find and follow our purpose, and understand ourselves, then looking at those things we defend and argue about just might be the place to start.  Let’s just remember that whatever limitations we argue for—we own!

“You’ll see it when you believe it.” ~Wayne Dyer