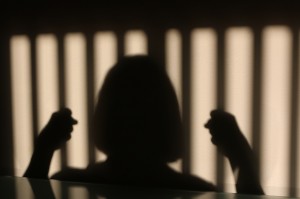 What traps do you use to put yourself in the jail of your mind?

As some of you know, both Thom and I are self-employed. I get to be the writer and Thom has been a commercial real estate broker for nearly 30 years. While we both enjoy an incredible amount of freedom with our work, now and then things get challenging.

For example, this last week Thom made a commitment to a project he was working on for a client. But instead of being able to finish it as expected, several new opportunities popped up that demanded attention. Yet rather than enjoy the abundance of new business, he started stressing about not being able to meet his previous commitment. Fortunately when his neck and shoulders constricted like tight rubber bands, and he heard the catch in his breath, he knew it was time to stop and figure out what was going on. That’s when he admitted that his thinking was responsible for his stress. In fact, he had built the jail that was slowly closing in around him.

Ever do that? Do you ever find yourself in a self-imposed prison of circumstances? I say self-imposed because most of the time we are the ones who create it. But instead of recognizing that, and then choosing to either continue or let go with awareness, we stay trapped in a jail that we alone built.

For the most part I’m not talking about the big setbacks or huge obstacles in our lives. We all know of people who have overcome incredible odds and managed to turn themselves around and accomplish outstanding results. Consider a person like Nelson Mandela who spent 27 years of his life in a real-life prison only to come out of it a changed man who went on to liberate his country and become one of the most influential people on the planet. While most of us are inspired by stories like that, the majority of us (yeah me too!) let day-to-day little challenges in our life keep us stuck in ruts and circumstances. Unfortunately, if we don’t stay awake and aware, those small compromises and limited perceptions are like tiny bricks we use to wall ourselves in to a frustrated, tiny and unfulfilled life.

After giving it some thought, I believe there are seven big traps in our lives where we repeatedly lock ourselves up. They are:

#1 Finances and debt. Face it, debt is poverty. It is obvious that far too many people trap themselves in lifestyles that they no longer want, need or can afford. Debt traps us in unfulfilling jobs, hour-after-hour doing things that often suck the life out of us. Uncontrolled spending enslaves us to a life of mediocrity, routine and quiet desperation.

#2 Toxic Relationships.   We all know at least one other person that just can’t seem to let go of people in their lives who take advantage of them and sometimes even abuse them. Hopefully the person being abused isn’t you. What makes it even more difficult is when it is a family member. Anyone who is toxic to our physical and mental well-being should be eliminated. To do otherwise is to enslave ourselves.

#3 Work. Forbes Magazine recently did a survey asking people in 189 different countries how they felt about their jobs. According Forbes, nearly 25% of people hate their jobs while 63% are “not engaged.” Forbes interprets that to mean, “Work is more often a source of frustration than one of fulfillment for nearly 90% of the world’s workers.” Surely there is a better way to live?

#4 Addictive Habits and Behaviors.   I don’t think there is any doubt that addictions and bad habits are a big area where we remain trapped. If we have a problem here it’s critical we acknowledge it and then take whatever steps necessary to break free.

#5 Fear of change or loss. Whatever we are afraid of has the ability to back us into a corner that keeps getting smaller the longer we live. Remember in most cases that FEAR = False Evidence Appearing Real.

#6 Feelings of Unworthiness. Telling yourself you’re not smart enough, young enough, educated enough, talented enough or anything negative is sure to trap you into a crowded jail with lots of peers. Every one of us has value and deserves a life of wellbeing.

#7 Blaming others, refusing to forgive, or feelings of guilt. These negative actions are toxic and leave us feeling victimized and powerless. They each bind us to the past with the mistaken belief that others are responsible for our happiness or our misery.

While most of us don’t “live” regularly in any one of the above “traps” just about all of us experience them now and then.   And although it’s not pleasant to admit that we are often responsible for falling into them on occasion, there is one simple but not easy solution to the problem. The way to escape is usually to just change our mind.

Actually, a song with that title came out a number of years ago by a band named Sister Hazel. The lyrics said simply,

“If you want to be somebody else,

If you’re tired of fighting battles with yourself

If you want to be somebody else

You may not want to be someone else, but if you’re in a mental prison you certainly want to experience something else. And that is often much easier said than done. Still the first critical step is to be able to clearly see what aspect of our thinking got us to where we are. Once there, we can reverse or alter the course of what got us stuck in the first place.

One the finest people I ever read about or heard speak about clarifiying our thinking was a man named Zig Ziglar. Long before most people called themselves personal coaches or self-help gurus, Zig led with his down-to-earth version of motivation to anyone who would listen. He called such thinking, “stinkin-thinkin” and admonished everyone with sayings like, “You are where you are, you are what you are, by what goes into your mind. Change where you are, change what you are, by changing what goes into your mind.”

He also had two classic stories to encourage others to never stay trapped by their challenges. The first one has been called the “Circus Elephant Syndrome.” Basically it tells that baby elephants are routinely trained when very young to be captivated by a secure rope tied to a tether. Because the young elephant is easily contained by the rope, they learn quickly that they cannot pull free without hurting themselves. So they give in and from that time on any rope around their ankle holds them captive. That mindset holds them prisoner even when they grow to be a full-grown elephant that could easily break free. Zig continually reminded, “Don’t be that elephant!”

Another favorite example was his encouragement to be a “flea trainer.” According to Zig, fleas are normally great jumpers. These tiny creatures can jump 8 to 10 inches without much trouble. So if you put them in a jar with a lid, they will start jumping and immediately hit their tiny bodies against the lid. Very quickly they learn not to jump as high so they don’t get hurt. Once that happens you can take the lid off the jar and the fleas will stay in the jar even though they could easily jump out. So what does flea training have to do with it? Flea trainers remind themselves and others that the only thing holding us back from jumping out of our prison is ourselves.

Earlier this week my website crashed. I installed a plug-in like I’ve done hundreds of times before and a message came up on the screen with an ERROR warning, effectively shutting down the entire site. As anyone who works with websites without actually knowing how they work knows, such experiences can be terrifying. But thankfully I was able to stay calm, contact my web host, and over the course of an hour figured out the problem. The situation worked itself out, just as Thom’s did last week. What I mainly had to do was keep my mind out of prison.

Like I say many times here on this blog, I realize that it isn’t easy to change our mind as quickly, easily or as often as I would like. But I think it is so important to keep reminding each other that we have more influence and control over the details of our lives than we normally admit to having. Stuff happens. Things change. Challenges occur. We can’t stop life from unfolding but it’s SMART to know that we always have control over how we respond and where we go from there.