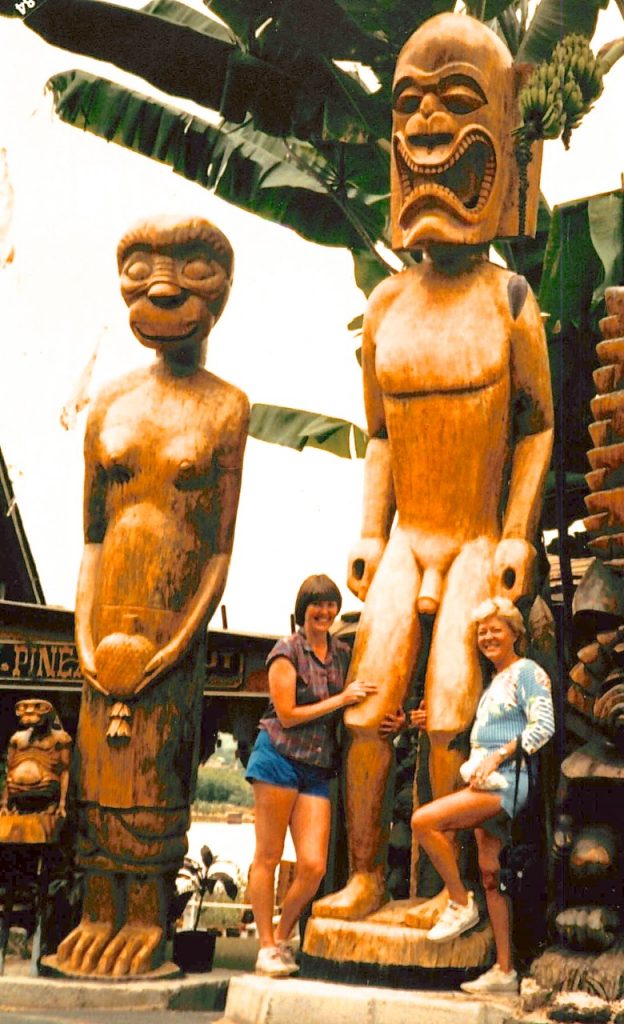 Mom and I during our first trip to Hawaii in 1983

As a kid, I wanted to think of my mother as the most beautiful, loving and witty woman in the world. Didn’t we all? Then as I teenager, I came to the conclusion that she probably didn’t know half as much as I thought I knew about absolutely everything. Finally as an adult, I’ve come to understand that she was just a human being doing the best she could with the awareness and consciousness that she possessed at the time. Thankfully, I no longer need her to be other than who she was, and I can appreciate the love and gifts I learned from her along the way.   That’s why in honor of Mother’s Day I decided to look back on the things she taught me to both do, and NOT do, to live a long, happy and healthy life.

My mother, Alice Louise Pfeif passed away almost exactly nine years ago today. At only 73, her death was a complex mixture of relief, anger and sadness. The situation became increasingly complicated by mom’s failing health and mental deterioration. For over five years, my father managed to care for her at home, but it cost him his own good health. And while my older sister Ann and I helped when we could, Dad insisted on being there for her and took on the duty with stoic pride.   It’s taken me a while to admit all the feelings I carried inside following her death.   I think it’s finally time to forgive her (and myself) for just being human.

A valuable practice that has benefited me most of my life is to list everything good that I’ve learned from any experience. From that perspective here are seven things I learned from my mother. 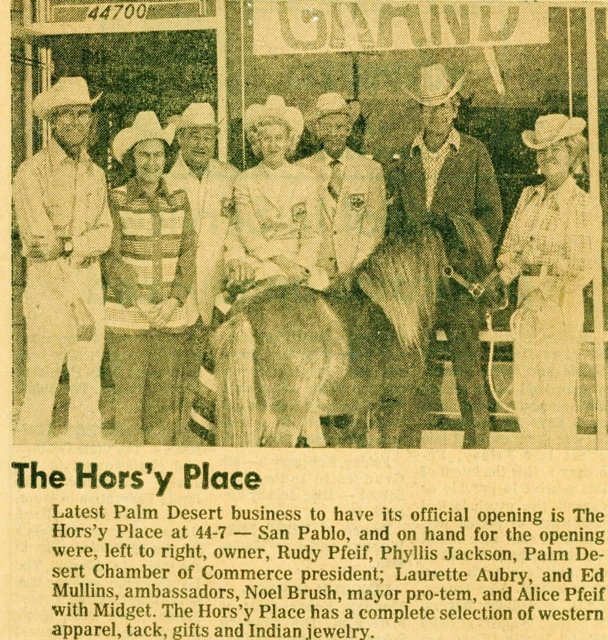 1) Be fearless and never let anyone stop you from living your dreams. My mom gave my sisters and me lots of examples of how to be a strong woman. When she was young and growing up on a horse ranch she trained and rode race-horses, becoming the first female jockey to race and win a quarter horse race in the state of Nebraska. After high school, she left the country and married a young “townie” (my father), and they eventually moved to Southern California to settle down in the early 1960s.

Once she and Dad landed in California, she worked full time at a variety of jobs both out of necessity and desire. In fact, she later told me that she nearly went crazy as a stay-at-home mom with my older sister and me.   She was never a cuddly type mom. Instead, she was quick, funny and fiercely independent.

A focused and determined worker her entire life, mom eventually convinced my reluctant father, and her own father and mother, to loan her the money to open a western store in her community. After a modest opening and a few rough years of low income, mom managed to grow that business into a success that helped finance both Mom and Dad far into retirement. Without a doubt, I know that it was her vision and grit that achieved that outcome. Her example is one I will treasure my entire life. 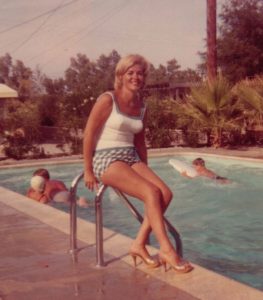 2)   Don’t try to be someone you’re not. One big benefit Mom gave all my sisters and me was the example to be authentic and as real as possible. While I’m positive she had her own quiet demons, I never once saw her acquiesce into becoming someone or something other than who she was, even when it was me doing the wanting. And because she was so sure of that part of herself, she encouraged me to do the same.

One of my favorite memories of this quality was at a formal dinner party. My husband Thom and I were sitting with Mom and Dad at a table of eight.   Another woman named Patty and her husband joined our table. While not without good qualities, Patty was the sort of woman who could compliment you and slice you off at the knees in the same sentence. On that night, Patty pointedly looked at my more-formal-than-normal attire and makeup and turned to my mother and said, “Oh Alice, doesn’t Kathy look nice wearing makeup? You should tell her to do that more often.” Without missing a beat, Mom said, “I gave up telling Kathy she should do anything years ago.” 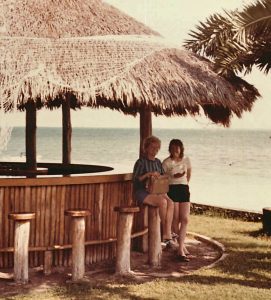 3)   Make art and be creative any way you want—and never let the naysayers tell you otherwise. I’ve told the story of Mom and her art in another blog post: The Courage To Live Your Creativity With Stubborn Delight” for any artist or writer who is interested. But besides her art, Mom passed her love of reading down to me and from the first time I told her about my desire to write, she said nothing more than, “Of course you can.” For Mom it wasn’t about the outcome, it was always the journey.

4)   You can be happy and loving with or without children.   I didn’t set out to not to have kids. But when I told mom that Thom did not want them under any circumstances, and that I chose him over children, she was completely supportive. Eventually, she told me that if she had been given a choice (remember birth control wasn’t widely available until the mid-1960s), she wouldn’t have had any either.

The thing is, just because she would have preferred to choose otherwise, I never once doubted her love for me.   She showed me that a woman could still be a good and loving woman in spite of not being overly “motherly” in the first place. Because of her example, I knew that I could also have a happy and fulfilled life without children myself.

1) Loving someone isn’t enough to make a happy marriage. My parents stayed married for 55 years. But as I came to know, for much of that time my parents remained together out of convenience and commitment, not romantic love.   Of course, both of them were human with good qualities as well as challenging ones. So while I knew they loved one another, I wanted far more from the person I choose to love and marry.

What I learned from my mother is that there is a cost to staying together in a relationship that isn’t satisfying. Watching mom through the years overlook and deny much of what she wanted just to keep the peace, helped to make me all the more determined not to live that way. She taught me that there is much more to a happy and interconnected relationship than just love alone. 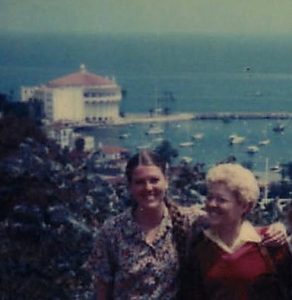 2) Don’t stuff your voice for anyone or anything.   My mother was a smoker her entire life. While certainly physically addicted, the biggest addiction was the emotional relief it gave her from not being able to speak freely what was in her heart and soul.   Eventually, her physical health became a reflection of the decades she attempted to medicate the voices and desires within her. Watching the woman I loved and admired crumble in on herself, until what was left was a shell of her former self, caused a heartbreak that took time to heal.

3) Never fool yourself into believing that the choices each of us make don’t affect our health and wellbeing on every level.   Because I think my mom was unhappy and unsatisfied on an emotional level, she stopped taking care of herself physically by continuing to smoke, drink alcohol, and take medications that were unhealthy almost to the day she died.   While ultimately I believe that was her choice to make, it clearly affected her passing and everyone around her. While we don’t always get to choose some of the circumstances that unfold in our life, we can take steps to smooth the edges. And always, we have the choice of how we will respond. 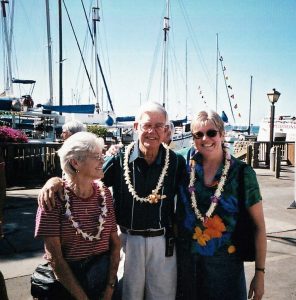 Mom, Dad and I during our last trip together in Hawaii in 2001.

I loved my mother. I love her still. And I miss her. Well, actually I miss that woman who served as a strong model to me as a girl, and then evolved into a friend that stood by me and supported me as I grew into adulthood.   What I definitely don’t miss, is how she allowed her smoking and lifestyle addictions to determine the outcome of her life.

While most of us have complicated relationships with our mothers, both now or in the past, we can all benefit by remembering and learning from what they did, or what they didn’t do, to show us how to live. Maybe even more importantly, is to never forget that most mothers are simply people doing the very best they can with what they think and know at the time.   This year for Mother’s Day, I want to remember and focus on the SMART things Mom taught me, and then forgive and let go of the rest.

Question of the week:  What is one thing that you learned from your Mom to do, or not do, that has helped you create a better life?