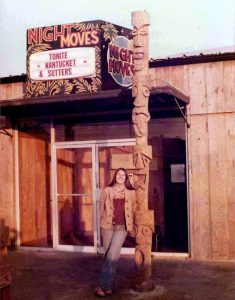 Shortly after my husband Thom and I met in 1977, we opened our first business.  We named the beach nightclub that we owned and managed on the coast of North Carolina, Night Moves. Since then, except for a couple of painful months in the following years as employees, we founded several other businesses and fully embraced the entrepreneur lifestyle. While I can’t imagine living any other way, I recently realized that the entrepreneurial approach isn’t mentioned much these days. What happened? Where did it go? And why aren’t more people embracing the many advantages that come from being self-employed?

I came to be an entrepreneur naturally.   While my parents did work for others on and off during my early life, my father started his own pool-cleaning business when I was still in high school. My mother’s lifelong dream of opening her own western store eventually happened a few months after I graduated.   Both businesses raised my family from working class to upper-middle-class in a relatively short time. Not bad for a father who never attended school after eighth grade or a mom who scrapped by with a high school degree and four kids. But because we started so modestly, I learned early on that if I wanted money to spend, I had better figure out a way to earn it myself.

Thom also came from a family with little educational focus. Thom’s mom was a stay-at-home mother while his dad supported the family as an auto mechanic who rebuilt cars on the side. Somewhere along the line, Thom decided that rather than stay dependent upon his parents, he vastly preferred to use his creative mind to generate income. At age ten he started with two paper routes, next he mowed lawns and washed cars, and gradually developed a mind that never stopped plotting and planning how to make money to do the things he wanted to do.

I think a big reason Thom and I attracted each other from the beginning is because we saw the entrepreneurial spirit in each other. When Thom mentioned opening a night club, even though neither of us knew a thing about running a business, I said: “why not?” When we opened a custom-made furniture store in Colorado a few years after that, I said: “Sounds interesting.” Later, when we felt drawn to the real estate industry we both saw it as a path with unending opportunities. Now, over 30 years later as real estate brokers, we remain fully self-employed. And my writing business? That’s just another aspect of an entrepreneurial mindset that chooses to express itself creatively.

With all that said, here are ten benefits we’ve received by being self-employed over 40 years:

Of course, there are several downsides to being an entrepreneur.   Besides the fact that you must be a self-starter and budget carefully, we’ve always had to pay for our own healthcare and never once had an employer-paid vacation. As self-employed people, we can’t fall back on unemployment insurance, and there is no such thing as sick leave or maternity leave when you write your own paycheck. And retirement? Not only do we have to pay 100% of our own Social Security taxes, all other retirement savings are completely up to us. But with all that said, we still feel incredibly fortunate to live in a country where you can start with nothing like our parents and we did, and still create a happy and prosperous life.

Thom and I are proof that you don’t have to have a college degree, be a creative genius, or come from a wealthy family to be entrepreneurs. We are also proof that you don’t have to run a million dollar business startup to be successfully self-employed. Anyone, anywhere, at any age, who is willing to take their destiny into their own hands and start creating one from this moment forward can start embracing the benefits. The moment you start taking full responsibility for the choices that you make regarding your life, your money, your work, and your time, you become an entrepreneur.   As usual, the SMART key is remembering you hold the choice 24/7, 365.